Home » Football » ISL 2021-22: We deserve to have more points than we have right now: Bengaluru FC’s Marco Pezzaiuoli

ISL 2021-22: We deserve to have more points than we have right now: Bengaluru FC’s Marco Pezzaiuoli 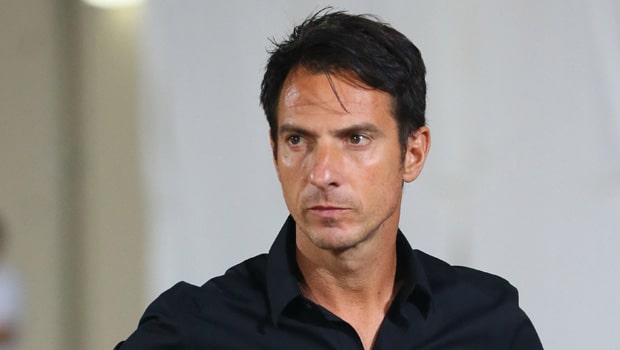 Bengaluru FC head coach Marco Pezzaiuoli feels his team deserves to have more points than what they have right now in the ongoing Hero Indian Super League. The Blues are currently in ninth place in the points table with eight points under their bag. Bengaluru FC has had a poor start as they have managed to win a solitary match out of the six they have played while four have ended in draws and one they have lost.

Bengaluru FC lost their previous match against FC Goa by 2-1 and they would want to make a solid comeback. However, the Blues will have their work cut as they will face previous season runners-up ATK Mohun Bagan in their next fixture, which will take place at the Athletic Stadium, Bambolim on Thursday.

Pezzaiuoli stated that the players are motivated to do well for the team in the upcoming matches despite getting a poor start to the season.

Bengaluru FC manager said in the pre-match press conference, “The players are very motivated. I don’t think that is an issue. We deserve to have more points than we have right now. That’s where we are unhappy. Not with the building up of the performance. But how are we getting the goals? That’s all we talk about. It means the team needs to step up one step higher. It’s not easy against an opponent like ATK Mohun Bagan, but we need to”.

He added, “The more experienced players need to step up and be vocal to guide the youngsters. Irrespective of who’s injured, the available players need to take charge and bring the best out of each other”.

On the other hand, Pezzaiuoli is wary of the challenge which ATK Mohun Bagan’s forward line can give to his team’s defense. Bengaluru FC gaffer added that they will need to stay compact in their defense to keep ATK Mohun Bagan at bay.

He continued, “ATKMB are a quality team with Roy Krishna, Manvir Singh, Liston Colaco and others. They are very good on the counter and we need to make sure we’re not caught out, to make sure the team is well organized for any attack”.

Bengaluru FC have lost their last three matches and they will need to turn the tables quickly to make a solid comeback.

Pezzaiuoli concluded, “We’re trying to find a new identity in our playing style, but the pressure is always on Bengaluru FC because we’re a big club. Maybe luck hasn’t been on our side but that doesn’t matter, we have to keep working hard”.