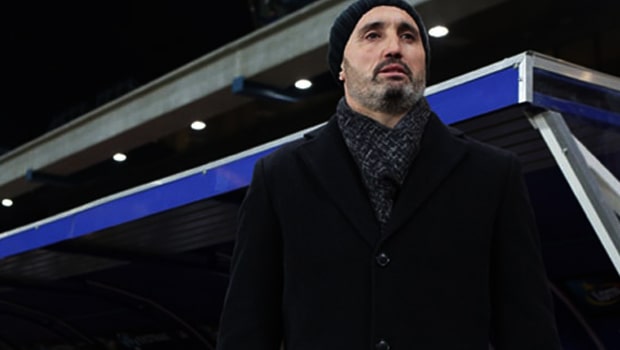 Odisha FC head coach Kiko Ramirez reckons his team deserved to win against FC Goa after the game ended in a 1-1 draw in the 40th match of the ongoing Hero Indian Super League, which was played at the Tilak Maidan Stadium on Friday.

The Gaurs took the lead just before the half-time whistle as Ivan Gonzalez scored for them in the 42nd minute. However, Odisha FC was able to bounce back stronger as they equalized in the 53rd minute as Jonathas found the back of the net.

Odisha took a total of five shots on target but could only convert one. Ramirez was though happy with the performance of his team.

Ramirez said in the post-match press conference, “​​Yes, of course, I am happy. The team deserves to win the match after the second half. There are some things that we cannot control. Somebody just explains, how it’s possible that they don’t whistle, it was a clear penalty. We understand that everybody can make a mistake, but it’s something that is so clear that we cannot understand. The penalty decision was harsh on us”.

Meanwhile, Ramirez added that they are in the building phase as they have a young squad and there is a lot to improve for his team in the upcoming matches.

He added, “No, we are really happy with the performance of the team today, we thought that we deserved to win the match. We are still building the team, as we’re the youngest squad in the league. We need to follow the process, we are still making the players play together properly”.

In fact, Odisha FC gaffer decided to bring in Javier Hernandez for Liridon Krasniqi in the 68th minute of the game. Ramirez was not happy with the penalty call in the 65th minute.

He continued, “We need to take one foreigner out to put another foreigner in. And also the referees are not fair with Javi, he’s receiving so many kicks like the penalty and I also don’t understand what’s happening, it’s not fair against him”.

Odisha FC will next face Hyderabad FC at the Tilak Maidan Stadium on Tuesday.