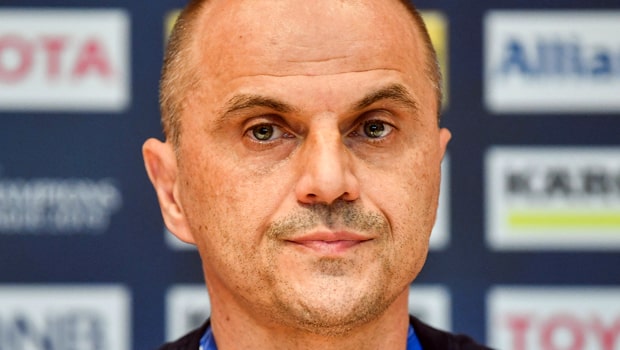 Chennaiyin FC head coach Bozidar Bandovic admitted that his team didn’t play well and Kerala Blasters simply outclassed them as they were thrashed by 3-0 at the Tilak Maidan Stadium in the 38th match of the ongoing Hero Indian Super League on Wednesday. Kerala Blasters dominated the whole match as they took a seven shots on target while the Marina Machans could not fire a single shot at the opponent’s goal.

Pereyra Diaz opened Kerala Blasters’ account in the ninth minute of the game while Sahal doubled the lead in the 38th minute. The team’s linchpin Adrian Luna then scored in the 79th to give a comprehensive 3-0 lead to his team, which was good enough to seal three points for the Blasters.

Chennai is known for their solid defense as they had conceded only four goals in the first six matches of the league but they conceded thrice against Kerala Blasters. Thus, the Marina Machans were not at their best as they were completely dominated by the opposition.

Bandovic said when he was asked whether his team underestimated the opponent, “Of course not. We did know, that there are some teams that are very good. But of course, we as a team didn’t play well and the opponent showed more confidence and outclassed us, especially after scoring three goals. But I think we are the ones that didn’t play well”.

Chennayin FC were not at their absolute best on the defensive line as Kerala Blasters threatened to score every time they took a shot on target. Bandovic admitted that his team defense as well as attack was not up to the mark.

Chennayin FC gaffer added, “Of course, the first goal was an open goal, from an open ball. The second goal came when we were under the pressure. Throughout the game we were very stable in the defense today,  we didn’t press the ball well,  we lost all the 50-50 chances. Even in attacking we had a bad day today maybe we can say that the second half was a little better but this is not enough to win the game”.