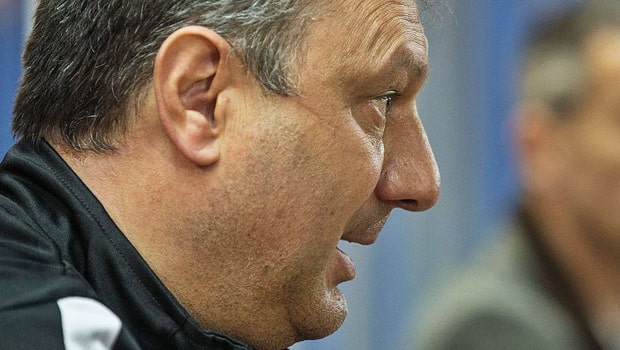 SC East Bengal head coach Manuel Diaz has admitted that his team doesn’t have enough quality players to compete in the ongoing Hero Indian Super League 2021-22 season. SC East Bengal have got off to a horrid start as their opening fixture against Jamshedpur FC ended in a 1-1 draw.

Subsequently, they were beaten in the Kolkata derby against ATK Mohun Bagan by 3-0. Furthermore, a 6-4 loss against Odisha FC has added salt to the injury for SC East Bengal. The team is currently placed at the 10th position in the points table and they will need to come up with a better performance in the upcoming matches.

Manuel Diaz said in the post-match press conference when he was asked whether his team will be even able to win a solitary game, “It is a big question. For the moment, it is what it is. We don’t have enough quality for playing these kinds of matches mainly in the set pieces we are losing the positions. Our job is working out with the squad and fixing it. At the moment we don’t have enough quality to play matches in the Indian Super League”.

Diaz feels his team did well play well in the first 30 minutes of the game but they lost their focus after that, which led to the downfall of the side.

Diaz added, “In our first thirty minutes, we played well. In the three matches, it has been the worst performance of ours in the Indian Super League. In twelve minutes, we lost our attention, and the opponent scored in set-pieces”.

Former Spanish footballer also commented on the poor defensive performance of the team as they went on to concede six goals. The SC East Bengal gaffer added that the defensive is the responsibility of the whole team and they allowed the opposition to score easily.

The Spaniard concluded, “Defensive responsibilities are the whole squad, not only the line of defense. Our performance and the whole team is at par level because they have allowed scoring in simple situations and easily away”.