Home » Football » ISL 2021-22: We have to be humble and keep our heads down – Kerala Blasters FC’s Harmanjot Khabra

ISL 2021-22: We have to be humble and keep our heads down – Kerala Blasters FC’s Harmanjot Khabra 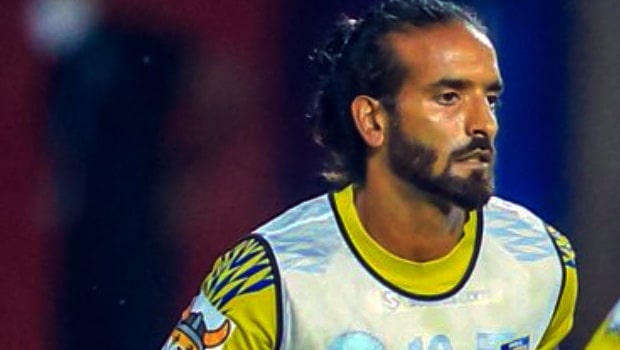 Kerala Blasters FC were finally able to get their first win of the ongoing Hero Indian Super League as they defeated Odisha FC by 2-1 at the Tilak Maidan Stadium, Fatorda on Sunday. Kerala had lost two matches while one was drawn before this match against Odisha FC. In fact, with this much-needed win, Kerala Blasters were able to put an end to their 11-match winless streak as they couldn’t win a game in their last eight matches of previous season.

Álvaro Vázquez scored the opening goal for Kerala Blasters in the 62nd minute. Subsequently, Prasanth Mohan doubled Kerala Blasters’ lead in the 85th minute of the game. Nikhil Raj was able to get one back in the 90th minute for Odisha FC but Kerala Blasters were able to hang on to their lead.

Harmanjot Khabra, the team’s midfielder, urged his teammates to remain humble and keep their heads down after registering their first win of the season.

“We have millions of supporters there to support us, always the expectations are there. So, the dressing room atmosphere is always on the top but I think we need to be careful about that. It is just a first win and I must urge the youngsters that we have to be humble and keep our heads down and we have a long way to go,” said Khabra.

Khabra congratulated his teammates for coming up with a collective effort to bag vital three points against Odisha FC.

“I must congratulate everyone in the dressing room for the way we have fought especially when they (Odisha FC) won their last matches and have a good plan but anyways, the boys have responded well and they deserve appreciation. We had a plan and we stuck to that. We appreciate our strikers, they have brought the goals but I am disappointed as a defender to concede the goal at the last minute,” added Khabra.

Adrian Luna was awarded the Player of the match for providing two assists for Kerala Blasters. Luna added that it was an important win for the team and they will look to continue the good show.

​​“I think it (three points) is very important. Tonight I am very proud of my team. We won 2-1. We played beautiful football. I am proud of all my teammates. We always try to be like that (aggressive) but sometimes you cannot because you have to study the opponent and look how they play but we try to play this football. I am looking forward to the next game and try to play well and make our fans proud.”

Kerala Blasters will next face SC East Bengal on Sunday at the same venue of Tilak Maidan Stadium.