Home » Football » ISL 2021-22: We have to think about the next match: Khalid Jamil after receiving a hammering against Hyderabad FC

ISL 2021-22: We have to think about the next match: Khalid Jamil after receiving a hammering against Hyderabad FC 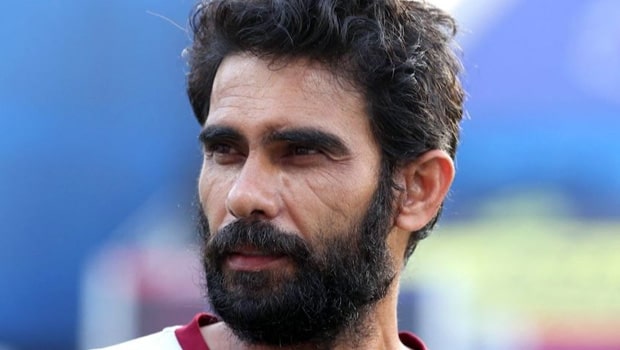 NorthEast United FC head coach Khalid Jamil feels it will be in the best interest of his team if they think about the next match after receiving a 5-1 thrashing against Hyderabad at the Athletic Stadium, Bambolim on Monday. NEUFC suffered a huge loss of 5-1 and they were completely dominated from the get-go.

Meanwhile, it will be crucial for NorthEast United to not think too much about this result and focus on the upcoming match against SC East Bengal, which will be played on Friday.

In fact, it is well known that such a drubbing can lower the morale of the team and it will be imperative for Khalid Jamil to lift player’s shoulders and guide them on the right track.

NorthEast United conceded a 2-1 lead in the first half but they conceded thrice in the second half and could not come up with their best. This was NorthEast fourth loss out of their sixth match and thus they haven’t got off to a good start in the ongoing season.

Jamil said in the post-match press conference, “Yeah everybody tried hard. I don’t want to blame anybody, they all worked hard. We have to think about the next game”.

Jamil admitted that they conceded silly goals in the last few minutes and morale of the team went down after the third and fourth goal were scored.

The NorthEast United FC gaffer added, “We conceded silly goals in the last ten minutes. After the third and fourth goals the players’ morale went down. We should not think about the defeats. We must forget and think about the next game”.

NorthEast United have only four points under their bag and they are currently placed at 10th place in the points table. They will next face SC East Bengal on Friday at the PJN Stadium, Fatorda and NorthEast United will look to make a solid comeback.