Home » Football » ISL 2021-22: We have to work hard to improve defensively and in attack – Marco Pezzaiuoli before clash against Mumbai City FC

ISL 2021-22: We have to work hard to improve defensively and in attack – Marco Pezzaiuoli before clash against Mumbai City FC 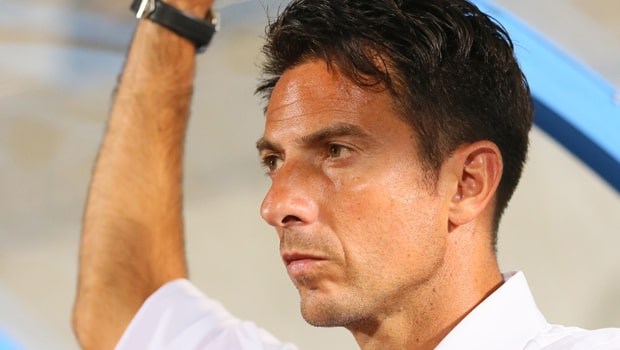 Bengaluru FC head coach Marco Pezzaiuoli wants his team to be on their toes when they will lock horns against table-toppers Mumbai City FC in the 56th match of the ongoing Hero Indian Super League 2021-22 season at the PJN Stadium, Fatorda on Monday.

The last time these two teams had taken on each other in the ongoing season, the defending champions Mumbai City FC had won convincingly by 3-1. Thus, Pezzaiuoli understands that his team will have their work cut out against a top team, which is sitting atop in the standings with five wins from 10 matches.

Marco Pezzaiuoli said in the pre-match press conference, “Mumbai is a top team, but there are many top teams in the league this year. We lost the first game 3-1, but we had a lot of possession and conceded goals against the run of play. We have to work hard to improve defensively and in the attack. We need to give a hundred percent otherwise it can become difficult”.

In fact, Mumbai has gone winless in their last four matches as they have lost two and drawn two games and thus they are not at the top of their confidence. However, still, the German football manager doesn’t want to take anything for granted.

He added, “I think MCFC played well in the last game. Whether we play them today, two weeks from now, or a month from now, they’ve been playing good football. I don’t think about when we play them, and we want to focus on ourselves and the way we play. The games are even. We saw it yesterday in FC Goa’s game. They scored in the last minute. Sometimes you need to have the luck to win”.

Pezzaiuoli had earlier stated that his wingers need to bring the ball inside the opposition’s D to create more chances.

When asked whether we could see more of Bidyashagar and Edmund in the upcoming matches, the Blues gaffer concluded, “Bidya and Edmund are good players, who can come onto the pitch at any moment, but they’re waiting for their chances. We have a lot of attacking options, but it’s important to find a balance between offense and defence. We have Prince, Cleiton, Udanta, Ashique, Sunil and Roshan, and while it’s important to give chances to players, it’s important to give confidence to players who are performing. We want to make sure our players are ready when they come on to play”.

Bengaluru FC has managed only two wins from 10 matches thus far whereas they have lost four and as many have ended in a draw.