Home » Football » ISL 2021-22: We lost the match because we were not focused in crucial moments – Odisha FC’s Kiko Ramirez

ISL 2021-22: We lost the match because we were not focused in crucial moments – Odisha FC’s Kiko Ramirez 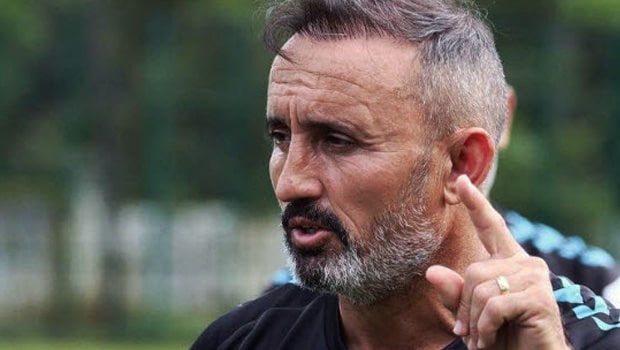 Odisha FC’s head coach Kiko Ramirez admitted that they lost the match because they were not able to stay focused in crucial moments of the match. Odisha lost 1-2 against Kerala Blasters at the Tilak Maidan Stadium, Vasco on Sunday.

Odisha FC was able to create a plethora of chances but they were not able to grab them. Ramirez’s team had won their opening two fixtures but could not get the win against Kerala Blasters, who were able to end their 11-match winless streak.

Ramirez stated that his team was able to create chances in the first half and also at the beginning of the second half but could not take them.

Ramirez said in the post-match press conference, “It’s true that we didn’t start very well but at the end of the first half we had clear chances and also at the beginning of the second half to take the lead but we couldn’t convert it. In the best moment of the match for the team, we conceded a goal because we’re not focused and they beat us with a through ball. For the second goal, there must be some fair play. If it’s a bouncing ball you must act in a different way”.

Ramirez revealed that Jonathas’ injury is not serious, which made him miss Sunday’s match against Kerala Blasters FC.

The gaffer added, “It is not very serious but he has a little muscle problem so we thought that it was better if he took a rest”.

Ramirez heaped praise on the Spanish players, who have been consistent performers in the folklore of Hero ISL.

He concluded, “Not only in India but Spanish players are playing well everywhere. There are so many high-quality players in Spain and not all can play there so they are playing in different countries”.

Odisha FC will look to get back to winning ways and they will next face NorthEast United FC at the same venue of Tilak Maidan Stadium on Friday.