Home » Football » ISL 2021-22: We must find stability and balance in our game: Antonio Lopez Habas ahead of clash against Bengaluru FC

ISL 2021-22: We must find stability and balance in our game: Antonio Lopez Habas ahead of clash against Bengaluru FC 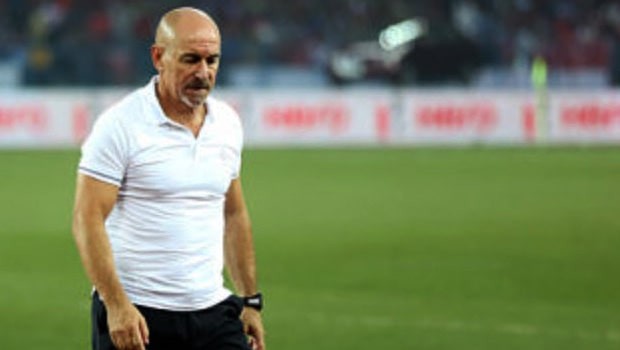 Previous season runners-up ATK Mohun Bagan’s head coach Antonio Lopez Habas doesn’t want to take anything for granted in the ongoing Hero Indian Super League. Habas has called his players to find stability and balance in their game ahead of the clash against Bengaluru FC, which will be played on Thursday at the Athletic Stadium, Bambolim.

When asked that it will be a good opportunity for ATK Mohun Bagan to claim three points against under-confident Bengaluru FC, Habas stated that they can not afford to get lenient.

Habas said in the pre-match press conference, “No. Every match massively matters in this edition of the Hero ISL. All matches are at a level for 30-40 minutes and after that, one goal, two goals, three goals more, this shouldn’t happen. We have to find stability; we have to find balance. In my opinion, I don’t see this big difference, this is my job of winning and losing, and this is my war in the game”.

On the other hand, Bengaluru FC has struggled to get going in the season and their talisman striker Sunil Chhetri isn’t in the best of forms. Habas added that the Blues are not entirely dependent on the shoulders of Chhetri.

He added, “You know my idea of football. Bengaluru is not a team absolutely dependent on Chhetri. Football is a quality and a team sport, and I don’t think that because of one player, say the likes of Krishna or Chhetri, the team game should get affected”.

The Spaniard revealed how Bengaluru FC can improve their performance in the ongoing season.

The ATK Mohun Bagan gaffer added, “Bengaluru have to resolve themselves. On the basis of this season, they have a good team, they have possibilities but their shots, all go on the wall. Ultimately, the players on the pitch have to find a solution to overcome their flaws”.