Home » Football » ISL 2021-22: We need to make sure we defend better – Mumbai City FC’s Des Buckingham after 4-2 defeat against Odisha

ISL 2021-22: We need to make sure we defend better – Mumbai City FC’s Des Buckingham after 4-2 defeat against Odisha 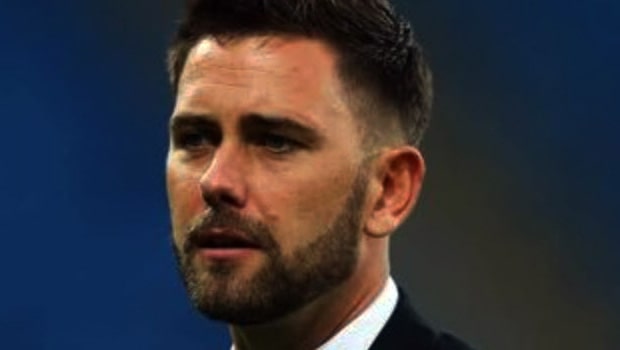 Mumbai City FC head coach Des Buckingham has admitted that his team needs to defend better than what they did against Odisha FC at the Tilak Maidan Stadium in the 48th match of the ongoing Hero Indian Super League 2021-22 season on Monday. The table-toppers were stunned by Odisha FC 4-2 and it was a disappointing performance from Mumbai City FC.

Des Buckingham reckons that his team needs to play with the same intensity for the whole of 90 minutes. Buckingham was happy with the performance of his team in the first half but they were not at their best in the second half.

The reigning champions had a 2-1 lead after the completion of the first half as F.A.H Jahouh and Igor Angulo scored for the team. However, Mumbai conceded thrice in the last 20 minutes as their defense was not up to the mark.

Des Buckingham said in the post-match press conference, “I think in the first half we were exceptional. I think we played some extremely good football to go 2-1 up, and I felt we should have been more. We played some really good attacking football, how we want to play, and we defended extremely well and that didn’t continue in the second half. And that’s something disappointing not just for me, but for the team. And that’s something that we need to address to go into the next game against SC East Bengal”.

In fact, Mumbai City had scored a bucketload of goals in the initial matches of the tournament. However, the defending champions have conceded 10 goals in their last three games, which is certainly a worrying sign as their defense is not doing their job.

Mumbai City gaffer added, “We will win games one-nil or five-four, but it’s important the football we played in the first half. That’s how we want to play, and it’s important that we try and play that over the 90 minute period and not a 45 minute one. And if we can start doing that and showing signs of that throughout the season, I’ll be very pleased, but we again need to make sure that we defend a lot better than we have this evening”.

Buckingham also believes that the goals they conceded could have been avoided. In fact, Odisha FC took a total of four shots on the target and they were able to convert all four of them.

Buckingham concluded, “Yeah, I think so. I think it was a different type of game, they’ve had four shots on target and have scored all four goals. So the last couple of games has been (because of) transitional moments. Whereas tonight for me, it was more mistakes where we’ve offered opportunities on our goal”.

Mumbai City FC will next face SC East Bengal at the same venue of Tilak Maidan Stadium on Friday.