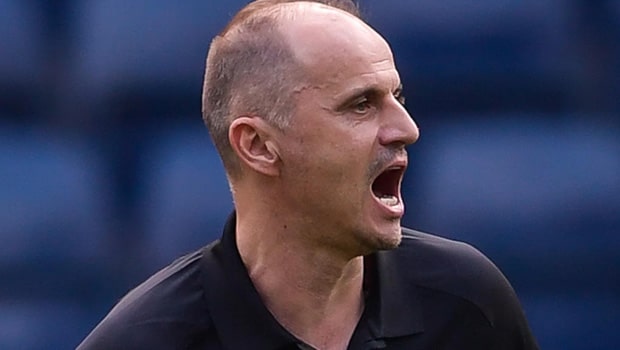 Chennaiyin FC got off to a winning start in the Hero Indian Super League 2021-22 season as they defeated Hyderabad FC by 1-0 at the Athletic Stadium, Bambolim on Tuesday. The Marina Machans had the rub of the green on their side as Hyderabad FC dominated the contest but could not find the back of the net.

It was Vladmir Koman who scored through a penalty for Chennaiyin FC in the 66th minute of the game to put his team in front. Chennaiyin FC head coach Bozidar Bandovic admitted that they need to play better in attack in the upcoming matches.

Chennaiyin could not bring their best in the first 45 minutes but significantly improved their performance in the second half.

Bozidar Bandovic said in the post-match press conference, “First of all, I believe that in the Indian league there are very good teams with good coaches and they are trying their best. This is one thing, of course, in the first couple of games, they score more goals and sometimes the games have been wild. I don’t like these wild games, I want discipline, I want my team to be compact and this is the one thing that we will try to do. The second thing is we need to play better especially in attack and I know that my players and my team can do that because they did this in preparation. But this game will help us for sure with our confidence”.

The chief coach reckons that the team needs to maintain the right balance between defense and attack. Bandovic added that they need to improve their attacking game.

He continued, “First of all, we weren’t good enough in attack today because we lost so many balls. But we need to have the balance, of course, me as a coach, I want better attacking and we can do this. Of course, especially the second half we balanced the game, we came back, we defended very well, but still the first half was not very good, but I believe these games if you win this means something you showed correct, and I am sure we will be better next game. It was an important win for us”.

He added, “No specific reasons for not starting with him. We wanted to start him on the sides, we tried him upfront and to have more speed and for no specific reasons, but of course, for us, it’s important every time, even if they play 10 minutes or starting, it is important to have a team. For me as a coach, it is very important to know how many games or how many minutes you’re going to play, it’s what you are going to do for the team and how are you going to help the team, So Lukasz came and helped the team in the last 10-15 minutes”.

Chennaiyin FC will next face NorthEast United at the PJN Stadium on 29th November.