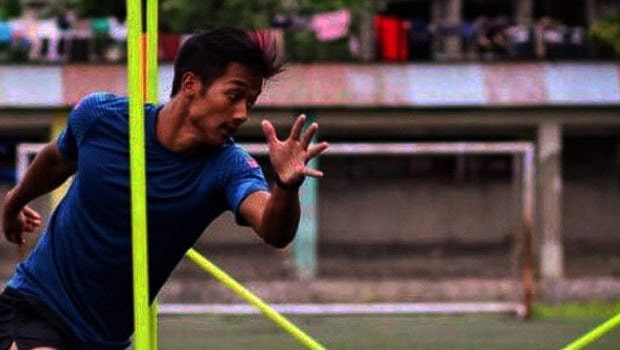 Chennaiyin FC winger Lallianzuala Chhangte said that his team was able to show Indian players can score too in the ongoing Hero Indian Super League 2021-22. Chennai defeated NorthEast United by 2-1 at the PJN Stadium, Fatorda. Lallianzuala Chhangte scored the opening goal for Marina Machans in the 41st minute of the game.

However, NorthEast United equalized in the 50th minute when their striker V.P Suhair scored. Chennai were able to get back into the contest as their captain Anirudh Thapa scored in the 74th minute.

Thus, all the three goals were scored by the Indian players in the match. Chhangte added that the win will give a lot of confidence to the team.

“Yeah, it gives us confidence (the win), and we showed that not only foreigners but even Indians can do it (score goals). So, with a mixture of good experienced foreigners and Indian players, we can do a lot of things,” said Chhangte, after the win.

Meanwhile, NorthEast United suffered a huge blow as Federico Gallego was ruled out of the match due to injury. Gallego is one of United’s main players and it was difficult for the team to fill his shoes.

“Really, we missed (Fredrico) Gallego, he was with us in the first half. We controlled the game when he was there, but after his injury, we lacked the combination between the midfielders and the strikers. So that was the main thing, I think,” stated Khalid Jamil, during the post-match interview.

On the other hand, Chennaiyin FC head coach Bozidar Bandovic was delighted with the performance of his team but also revealed the areas in which the club needs to improve in the upcoming matches.

“We had seven weeks of preparation with our full team, so winning these two games was very important for us. Yes, I am happy with some moments when we moved the ball that created chances, we could have scored more in the first half. We controlled the game, but, of course, we need to work more, tactically and physically,” explained Bandovic, following the match.

“Everyone needs to understand that we have more work to do, because we cannot fix the team the way I want to in two months. So, we need to be patient. All the credit to my players for the game they played and congratulations to them,” added the manager.

Chennaiyin FC will next face SC East Bengal on Friday at the Tilak Maidan Stadium.