Home » Football » ISL 2021-22: We want to be in the semi-finals and we’ll fight for that spot: Odisha FC’s interim head coach Kino Garcia 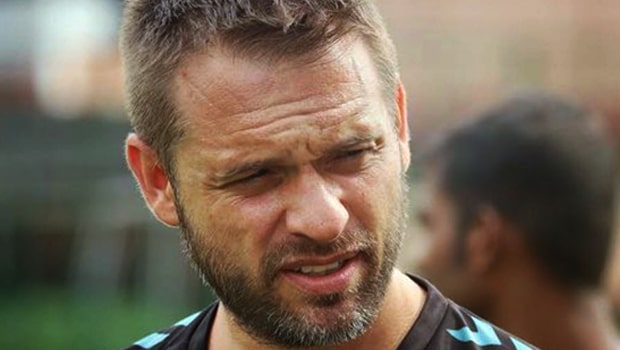 Odisha FC’s interim head coach Kino Garcia has said that his team wants to be in the semi-final and they are going to fight for the top-four finish in the ongoing season of the Hero Indian Super League. Odisha FC is currently in seventh place with five wins from 12 matches, two draws, and five losses. They have 17 points under their bag and they will need to come up with better performances.

Odisha FC’s last game ended in a 0-0 draw against ATK Mohun Bagan and they will next face Hyderabad FC on Thursday.

In fact, Odisha is only three points away from current table-toppers Hyderabad FC and if they can get the results on their side in the remaining eight league stage matches, they can definitely qualify for the semifinals.

If Odisha FC will be able to beat Hyderabad FC on Thursday, they will be in the top four of the points table.

Kino Garcia said in the pre-match press conference, “This match is only three points and we have to see that nine matches are left. Of course, the win will be a big boost and to be in the top-four. But we are thinking that it is important to build the team and be ready for the last few matches. We want to be in the semi-final, that is something we can do and fight for that spot. The players believe and everybody believes that is something we can achieve this year. But being realistic, every match is difficult and is something we cannot plan for with nine matches to go”.

Meanwhile, Odisha FC has kept a clean sheet in their last two matches and they have come up with good defensive play. Garcia revealed that the players are playing according to the strategy, which is helping in defense.

Garcia added, “What we were trying to do is to implement some movements and explain to our players that we want to make covers and how the team needs to react in different situations during the game. The team is getting compact with players from midfield and the side helping with good goalkeeping performance”.

In fact, Odisha FC had received a huge hammering of 6-1 when they had last faced Hyderabad FC in the tournament. Garcia added that they would look to come up with a better performance against the table-toppers.

He concluded, “Hyderabad FC are in really good shape and one of the best teams in the tournament. They have had the same coach. We are ready to face them and we are sure not to concede so many goals against them. The team has a good mentality and is prepared to compete even though it will be tough like the match against ATK Mohun Bagan was. We know they play 1-4-4-2 and really compact. They know how to make movements in attack, but we will use our weapons to face them”.