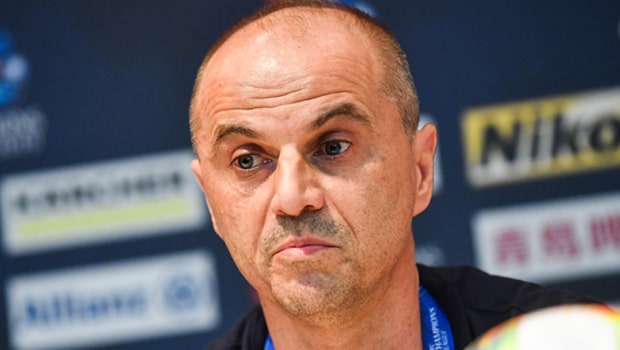 Chennaiyin FC head coach Bozidar Bandovic feels his team was very good tactically against Jamshedpur FC after they won by 1-0 at the Athletic Stadium, Bambolim on Sunday in the 47th match of the ongoing Hero Indian Super League 2021-22 season. The team’s manager hailed the team’s discipline and concentration throughout the match.

The Marina Machans took a total of two shots on target and they were able to convert one of them. In fact, Jamshedpur FC dominated the possession with 56% but Chennai was organized in their defense. Chennaiyin FC striker Łukasz Gikiewicz scored in the 31st minute of the game to give a decisive lead to his team.

Reviewing his team’s performance against Jamshedpur FC, Bozidar Bandovic said in the post-match press conference, “I think we were very good tactically. We showed great discipline and concentration. It was difficult for the boys as we are playing after two losses. These players give everything for the team every match and that makes me proud. Their effort, their spirit were great and we had problems before this game. Ariel Borysiuk was injured and we couldn’t use Nerijus Valskis. Vladimir Koman was sick all night and we didn’t know if he will play or not. That’s why we had to take him off as he couldn’t give any more”.

On the other hand, Greg Stewart has been in prime form for Jamshedpur FC but Chennaiyin FC’s defense was able to keep him at bay.

Revealing his team’s strategy against Stewart, Bandovic said, “Of course, it was a tough game with many second balls, many crosses. We analyzed his (Stewart’s) game and we knew his movements and where he can be very dangerous. I think the boys did well with the double marking and controlled the space well”.

Meanwhile, Chennaiyin FC gaffer decided to play Debjit Majumdar in place of Vishal Kaith. Bandovic added that he tries to make decisions, which play a key role in the success of the team.

He concluded, “Debjit had a good game but we played well as a team. We win and lose as a team. I always make the decision that’s best for the team and that decision was for Debjit to play and Vishal to take a break. We are helping both of them”.

Chennaiyin FC will next face FC Goa on Saturday at the Athletic Stadium, Bambolim.