Home » Football » ISL 2021-22: We will continue to play this style of football – Hyderabad FC’s Manuel Marquez

ISL 2021-22: We will continue to play this style of football – Hyderabad FC’s Manuel Marquez 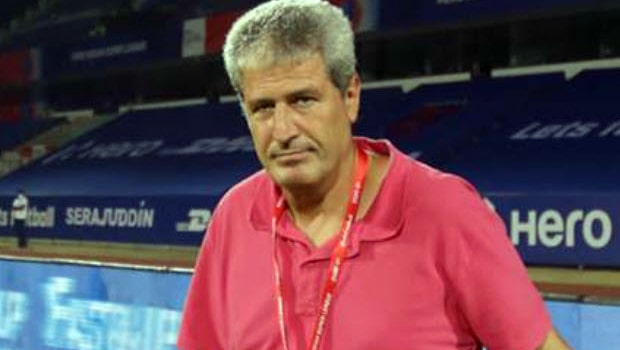 Hyderabad FC head coach Manuel Marquez has stated that his team will continue to play an aggressive style of football after thrashing Odisha FC by 6-1 at the Athletic Stadium, Bambolim in the 43rd match of the ongoing Hero Indian Super League on Tuesday.

Bartholomew Ogbeche scored a brace for Hyderabad FC as Edu Garcia, Javier Siverio and Joao Victor (through Penalty) scored apiece while Hector Rodas scored an own goal in the ninth minute of the game. Thus, Hyderabad FC was able to dominate the whole contest.

In fact, Manuel Marquez’s men took a total of six shots at the target and they were able to convert all of them. Furthermore, they dominated the possession with 55%.

Meanwhile, Hyderabad FC had also given a 5-1 drubbing to NorthEast United in the previous week. Hyderabad now occupies second place in the points table with four wins from eight matches.

Manuel Marquez said in the post-match press conference, “This competition is very equal. Despite that, we won 5-1 last week and 6-1 today. But in the last seven games, five were drawn,  I think it’s a very equal competition. The only thing that I can tell is that we will continue to play this style of football. We are a team that when we play more or less well, these kinds of scores are possible. But when we don’t play well, like in the last game, even when we don’t play good, we are difficult to beat. In fact, in the year 2021, we only had one defeat in 20 games and a lot of draws. But, I think a good quality of this team, that we are a difficult team to beat. Even, the days when we don’t play in a good way”.

Hyderabad FC head coach added that they wanted to be aggressive in the second half after they had a 2-1 lead at half-time.

He added, “We knew, that in the second half, Odisha FC had very dangerous players in the pitch and off the pitch. We knew, for example, Aridai Cabrera would enter in the pitch in the second half, then the main aim was to score three goals, don’t defend all the time, just play with our style. And I think that after the third and fourth goal, practically the game got finished at that moment”.

On the other hand, Hyderabad will begin their New Year with a clash against ATK Mohun Bagan, who have won three out of their seven matches. Marquez admitted that it is going to be a hard game for his team as the Mariners have a potent team.

Marquez added, “It’s a very difficult game. All of us know ATK (Mohun Bagan) is a hard team to beat, even with the change of the coach and with the change of the style, but I always repeat that they are a very good team. But we will have our options to win. Now we have New Year, so we have some days to rest and recover to play this game. I think it will be a good game”.

Hyderabad FC will next face ATK Mohun Bagan at the PJN Stadium, Fatorda on 5th January.