Home » Football » ISL 2021-22: We won’t get carried away with this result – Mumbai City Des Buckingham 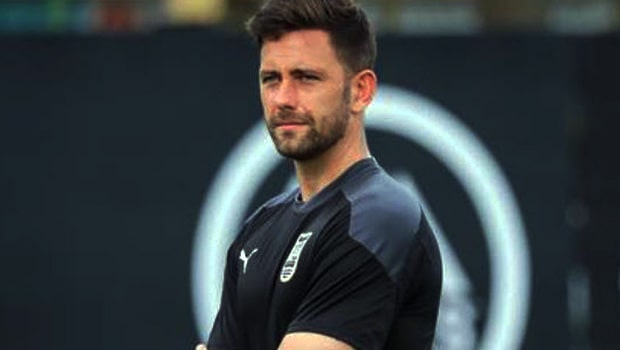 Mumbai City FC head coach Des Buckingham has opined that they won’t get carried away after beating previous season runners-up ATK Mohun Bagan by a huge margin of 5-1 at the PJN Stadium, Fatorda on Wednesday. The defending champions came up with a thumping performance as they dominated the contest from the get-go.

Vikram Pratap Singh scored a brace for Mumbai in the first 25 minutes of the game. Subsequently, the team took a 3-0 after Igor Angulo scored in the 38th minute. Mumbai continued their onslaught against ATK Mohun Bagan after half-time as Mourtada Fall and Vipin Singh scored in the 47th and 52nd minute respectively to give their team a 5-0 lead.

On the other hand, David Williams got one back in the 60th minute of the game for ATK Mohun Bagan. However, Mumbai dominated the game with 59% possession and took a total of 10 shots on target.

Meanwhile, Mumbai City FC had lost their previous match against Hyderabad by 3-1 but the reigning champions made a staggering comeback.

Des Buckingham said in the post-match press conference, “No, it wasn’t so much of a reaction (to previous loss). I said I wanted us to continue getting better. In the first game, we played very well and got the score that we deserved. In the second game, I thought we played wel as well but we didn’t take our chances in those key moments. So, for tonight, for me it was about getting better and that’s what we have wanted to do every game. We took our chances in key moments and I felt we stood to show glimpses of our plans on a more consistent basis”.

Vikram Pratap Singh started in the final XI for Mumbai City FC and he was able to grab his chance by scoring two goals. Buckingham revealed that the idea is to give the young players their deserving chances.

Buckingham added, “Yeah, it is not just Vikram. We’ve got a lot of young football players at this club and we would like the best Indian players at this football club because we want to develop them and then move on and progress their careers. But when they are here it is important that they understand the system we want to play in and how they work within it. That’s what Vikram has done. But it is not just Vikram, young Gurkirat (Singh) made his debut tonight. They have deserved the opportunity because of how hard they have worked in the off-season and how they have adapted to what we want”.

Mumbai City FC gaffer also revealed what steps did they take to improve after their loss against Hyderabad.

Buckingham concluded, “We only had three days since the last game so we have done a lot of work on the field in the last two days, especially tactically, and the players have really taken a shine to it. They are very open to the ideas we have to suggest and not only that but to implement on the pitch and that is a joy to watch for any coach”.

Mumbai City FC will next lock horns against Bengaluru FC at Athletic Stadium, Bambolim on Saturday.