Home » Football » ISL 2021: Impossible for me to be prouder of my players – Manuel Marquez 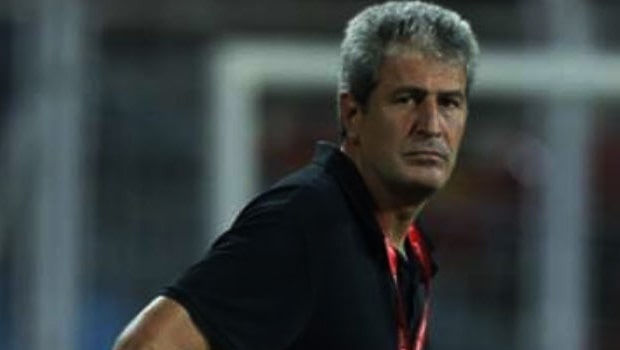 ATK Mohun Bagan was able to bounce back against Hyderabad FC as they managed a 2-2 draw in the 103rd match of the ongoing Hero Indian Super League at the Tilak Maidan Stadium in Vasco on Monday. Hyderabad’s skipper Aridane scored in the eighth minute of the game when ATK made a defending error.

Manvir equalized for ATK Mohun Bagan in the 56th minute of the game. However, Hyderabad once again took the lead in the 75th minute when Alberg scored. ATK once again found the equalizer in stoppage time when Pritam Kotal found the back of the net.

Hyderabad FC head coach Manuel Marquez stated he couldn’t be prouder of his players for putting up a fine performance.

“It is impossible to be prouder of these players. They are sad at this moment because the win was very close. We are very proud of the players. Let’s see if we can win against Goa on Sunday,” he said after the game.

Hyderabad is currently in fourth place and their next match against FC Goa will be a must-win for them to qualify for the semifinals. Marquez added that it will be a big achievement for them to make it to the last four.

Meanwhile, Hyderabad had suffered a huge blow in the fifth minute of the game as they were reduced to 10-man after Chinglensana Singh received a red card.

Marquez added, “When you play with 10 players, it is more difficult for the opponent because you play with everyone behind the ball. But the problem was that we played with 10 men for too much time. We received the red card in the fifth minute. Against a side like ATK Mohun Bagan, it was a very difficult challenge.”

Hyderabad FC will next face FC Goa at the Fatorda Stadium on Sunday whereas ATK Mohun Bagan will lock horns against Mumbai City FC at the GMC Stadium, Bambolim on Sunday.