Home » Football » ISL 2021: Laszlo disappointed with the result but proud of the team’s spirit

ISL 2021: Laszlo disappointed with the result but proud of the team’s spirit 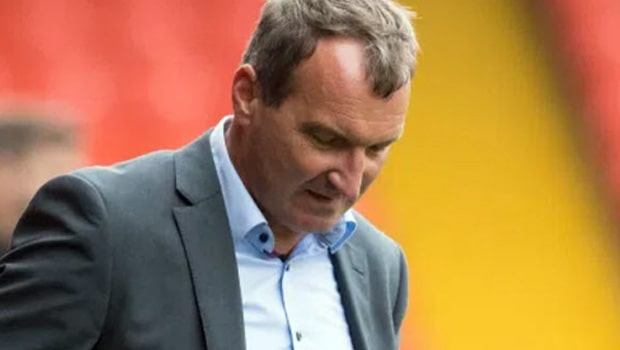 FC Goa and Chennaiyin FC shared the spoils in the 92nd match of the Hero Indian Super League at the GMC Stadium, Bambolim on Saturday. Goa bounced back in the injury time as Ishan Pandita once again scored as a super sub. Chennai got off to an ideal start as Jakub Sylvestr scored the opening goal in the 13th minute as he bamboozled the opposition defenders.

However, just after three minutes, Goa equalized when Chennai conceded a penalty through a hand-ball. Goa’s talisman Igor Angulo made no mistake from the spot though he had to take the shot twice.

Chhangte then had an easy chance to put Chennai ahead once again in the 60th minute of the game when Goa’s goalkeeper Dheeraj Singh made a blunder. However, Pandita continued his penchant for scoring late in the game and helped Goa share a point with Chennai.

As a result, Goa has moved to fourth place in the standings whereas it is going to be a difficult road ahead to qualify for the semifinals for Chennaiyin FC as they are currently placed at eighth position.

“I am proud of my team because after the loss against Jamshedpur we came back strong.  No one expected that we would play like that. This shows that we are a football team who are together and we will fight till the end,” Laszlo said.

“We deserved to win. I was very satisfied with the game. But I am angry because the substitutes missed a little bit of aggression in the midfield. It was an easy goal [referring to the Gaurs’ second goal in injury time] to concede because of a lack of communication,” said the Chennaiyin head coach.

On the other hand, FC Goa head coach Juan Ferrando was happy with the contribution of Ishan Pandita, who scored another crucial goal for the club.

Chennaiyin FC will next face NorthEast United FC at the same venue of GMC Stadium, Bambolim on Thursday whereas FC Goa will next take on Odisha FC at the Fatorda Stadium on Wednesday.