Home » Football » ISL 2021: Must win remaining matches by playing like we did against Mumbai City FC – Naushad Moosa

ISL 2021: Must win remaining matches by playing like we did against Mumbai City FC – Naushad Moosa 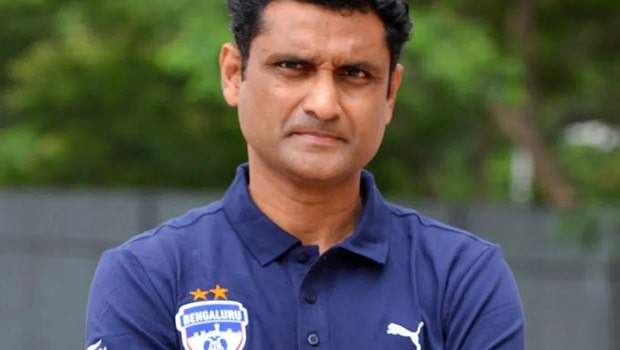 Bengaluru FC secured a thumping 4-2 win over a potent Mumbai City FC in the 95th match of the Hero Indian Super League at the GMC Stadium, Bambolim on Monday. The Blues got off to a perfect start as their Brazilian striker Cleiton Silva scored within the 30 seconds of the game.

Cleiton then doubled Bengaluru’s lead when he scored with a header in the 22nd minute. However, Mumbai City were able to bounce back when their talisman Adam le Fondre scored five minutes into the second half. Bengaluru’s skipper Sunil Chhetri then extended his team’s lead after seven minutes.

However, Fondre once again got Mumbai City back in the contest as he scored with a header in the 72nd minute. But Chhetri put paid to any of City’s hopes when he scored his brace in his 200th appearance for the Blues.

“It was very important for the team [to win]. The only way to win the remaining matches is to play as a team like we did against Mumbai City,” Mossa said after the match.

Meanwhile, the Blues skipper Sunil Chhetri played a crucial role in the team’s win with two goals and Moosa heaped praise on the veteran player who shined in his 200th match for the team.

“Sunil is a captain and a leader. The way he motivates the players is very important. You can see the frustration in him when the team isn’t playing so it was important for him to keep his cool,” he said.

On the other hand, Mumbai City FC chief coach Sergio Lobera believes that the early goal which Cleiton Silva scored within the first minute had put his team on the backfoot and they couldn’t recover from it throughout the game.