ISL 2021: Nice to see aggression from our players – Naushad Moosa 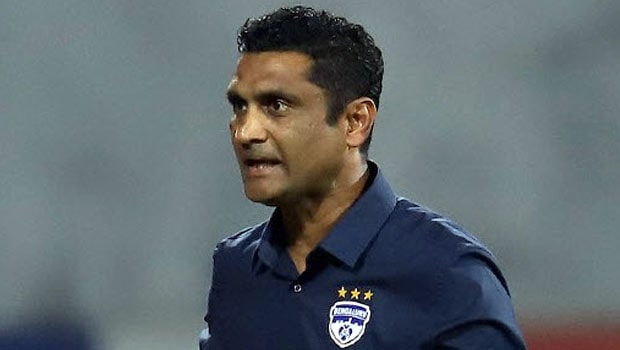 Bengaluru FC finally ended their eight-match winless streak when they defeated SC East Bengal by 2-0 in the 80th match of the Hero Indian Super League at the Tilak Maidan Stadium in Vasco on Tuesday. Cleiton Silva scored in the 11th minute for the Blues as the Brazilian scored a perfect goal.

Subsequently, just before the half-time whistle, Bengaluru FC doubled their lead. Paras Srivas took the shot but the ball hit the post and then ricocheted off SC East Bengal goalkeeper Debjit Majumdar’s legs to go into the net.

Bengaluru FC head coach Naushad Moosa heaped praise on his players and stated that they showed all the aggression.

“I am very happy for the players and the way that they gave their best. They were fighting till the last whistle. It was very nice to see that aggression,” said Moosa.

Meanwhile, Bengaluru FC talisman Suni Chhetri was awarded the Hero of the Match award for his brilliant performance. Moosa added that playing Chhetri paid off.

“The problem with Bengaluru this season was the lack of a proper number 9. The left-wing was getting exposed a lot as well. My main focus was to find someone to hold the ball upfront. Getting Sunil there really worked for us.”

On the other hand, SC East Bengal head coach Robbie Fowler gave credit to the opposition for outplaying them.