Home » Football » ISL 2021: The first goal was the key for me – Manuel Marquez after Hyderabad’s thumping win over Kerala Blasters

ISL 2021: The first goal was the key for me – Manuel Marquez after Hyderabad’s thumping win over Kerala Blasters 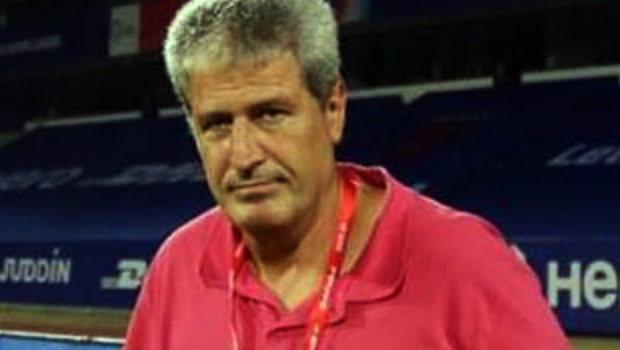 Hyderabad FC obliterated Kerala Blasters in the 96th match of the Hero Indian Super League at the Tilak Maidan Stadium in Vasco on Tuesday by 4-0 to register the biggest win of the season. Hyderabad didn’t have a great first half but they were relentless in the second half.

Francisco Sandaza scored in the 58th minute after a defending blunder from Kerala Blasters. The Blasters didn’t learn from their mistake and made another defensive error and Hyderabad was able to earn a penalty after five minutes.

Hyderabad’s skipper Aridane then scored with the header in the 86th minute from the set-piece. Hyderabad scored their fourth goal from another set-piece as Joao MJT scored in the stoppage time.

Hyderabad FC coach Manuel Marquez believes the first goal was the key for his team.

“I think if we look at the first half, we weren’t very worried… I think the first goal was very important because we are trying to qualify for the top-four. The first goal for me was key in this game,” the Spaniard said.

Marquez admitted his team was not up to the mark in the first half but they were able to turn the tables in the second half as they came up with a better show.

“We didn’t play a good first half. During some moments, Kerala played better than us. We didn’t find the spaces in the first half without good positioning, but the players were calm in the dressing room [at halftime]. Once we scored [in the second half], the confidence grew. If they scored before us, we would be speaking about another thing but fortunately for us, Hyderabad was the team that scored.”

On the other hand, Kerala Blasters head coach Kibu Vicuna rued the defensive errors of the team in the second half, which led to the first two goals.

Kerala Blasters will next face Chennaiyin FC on Sunday at the GMC Stadium Bambolim whereas Hyderabad FC will lock horns with ATK Mohun Bagan on Monday at the Tilak Maidan Stadium.