Home » Football » ISL 2021: We are satisfied with one point – Csaba Laszlo after draw against Mumbai City FC 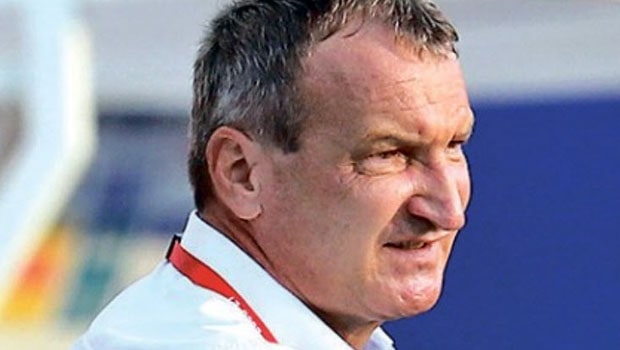 The table leaders Mumbai City FC were held to a draw by two-time champions Chennaiyin FC in the 71st match of the ongoing Hero Indian Super League at the GMC Stadium, Bambolim on Monday. Mumbai took the lead in the 21st minute of the game when their talisman Bartholomew Ogbeche scored with the header after a throw-in.

However, Chennaiyin FC was able to bounce back in the 76th minute of the game. Ahmed Jahouh made a sloppy mistake in the box and he was given the Yellow card. But most importantly, Chennaiyin FC had a penalty to achieve parity. Esmael Goncalves made no mistake from the spot as the Marina Machans equalized.

“At the end of the day, we must be satisfied with one point. This was a very important point although we came for the three points. We fielded a very offensive team on the pitch, with two strikers. I was pushing the team to score goals. I think the point was deserved but it could have been more.

“With Rafa and Thapa out, we have to rebuild our tactics completely. We do not have a full week to train as well. For the players, it’s not easy as well. I know my team and I know that if we want to win games, we need to have more legs in the midfield. With the players that I have, I need to make a winning team,” Laszlo said.

Meanwhile, Chennai has replaced injured Crivellaro with Spanish midfielder Manuel Lanzarote and the chief coach is hopeful that Lanzarote will help his team turn the tables.

“We have a decent defense and holding midfield but we lack creativity in the attacking third. After the arrival of Lanza, I hope he can give us the push that we need, especially in the final third. Then we can be more dangerous,” he said.

On the other hand, Mumbai City FC head coach Sergio Lobera was disappointed with the performances of his team. Lobera added that they can not afford to give the game away, the way they did after dominating throughout the match.

“I am disappointed with the result. My players have to be careful. They played a very good game and we managed the game very well. But when you give away two points after playing so well, obviously, I am not happy,” he said after the game.

Mumbai City FC will next face NorthEast United FC at the GMC Stadium, Bambolim on 30th January whereas Chennaiyin FC will take on Hyderabad FC at the Tilak Maidan Stadium on 31st January.