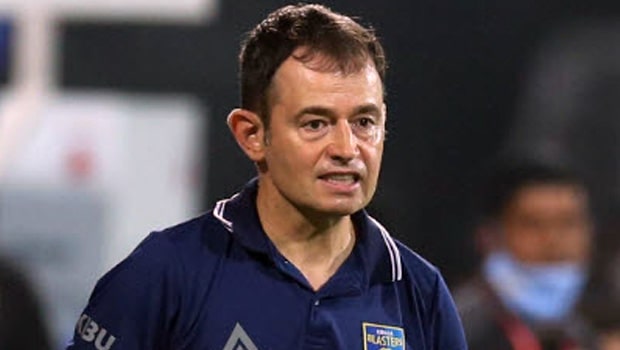 The 90th match of the Hero Indian Super League between Kerala Blasters and Odisha FC ended in a 2-2 draw at the Fatorda Stadium on Thursday. Kerala Blasters dominated the whole match, especially in the first half but they could cross the line.

The Blasters took 23 shots on goal, out of which nine were on target but they were only able to convert two goals. Odisha FC took the lead in the stoppage time of the first time when Diego Mauricio scored.

Subsequently, seven minutes into the second half, Jordan Murray equalized for Kerala Blasters. The Blasters took the lead for the first time in the match when Gary Hooper scored in the 68th minute. However, Diego Mauricio soon equalized for Odisha FC in the 73rd minute as both teams shared the points.

Kerala Blasters head coach Kibu Vicuna couldn’t believe the fact that his team could not take three points from the match despite dominating throughout.

“We clearly deserved to win tonight. We created very good chances. We didn’t kill the game when the score was 2-1. We had chances to score but when the match is open, everything is possible. We are unhappy because we wanted the three points,” the Spanish head coach said.

“We wanted to win the match and get the points. We were the much better team in both halves. We had too many chances but scored only two goals. It’s difficult to digest this situation. For me, it is unbelievable that we didn’t win,” he added.

Vicuna added that he wanted better performance from his defenders and he felt that they were not able to do their job.

“We were playing offensive football and creating many chances but we had the same problem of balance [between attack and defence] against Odisha. We are conceding too much. It is not possible to concede two goals in every game because it is difficult to score goals as well,” he said.

On the other hand, Odisha FC interim head coach Gerard Peyton was happy as his team didn’t throw in the towel and kept fighting according to their gameplan.

Odisha FC will next face NorthEast United FC at the Tilak Maidan Stadium on Sunday whereas Kerala Blasters will lock horns with Hyderabad FC at the same venue on Tuesday.