Home » Football » ISL 2021: We created enough chances, should have converted them – Ishfaq Ahmed

ISL 2021: We created enough chances, should have converted them – Ishfaq Ahmed 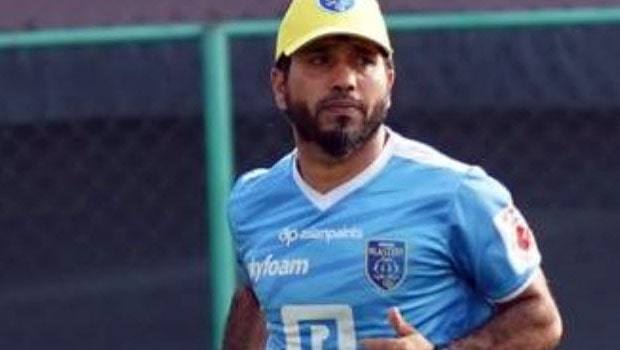 Kerala Blasters FC was held to a 0-0 draw by Jamshedpur FC in the 73rd match of the ongoing Hero Indian Super League at the GMC Stadium, Bambolim on Wednesday. The Blasters created a lot of chances throughout the game but they could not convert even a solitary one.

The Men in Yellow hit the woodwork on three occasions but failed to find the back of the net against Jamshedpur. Blasters interim head coach Ishfaq Ahmed rued the team’s chances in the post-match press conference and stated that his team should have converted them.

Ahmed added that it is frustrating when the players create the chances but fail to add the finishing touches. The interim head coach feels his players did all the things right except score a goal against Jamshedpur FC.

“On the touchline, it’s always frustrating when you see your team playing according to the plan and then creating those opportunities and not scoring. All we can do is keep encouraging the players and hope that they score. We will not blame the players, it was just not our day,” the 37-year-old said.

On the other hand, Ahmed was pleased with the performance of Sahal Abdul Samad, who has awarded the Hero of the Match award for his brilliant performance.

“Sahal is a fantastic player for us. He has brought in a defensive aspect to his game by tracking back and helping the defense. We are very pleased with him,” he said.

Meanwhile, Owen Coyle was satisfied with the draw and believes it was a fair result for his team as the Blasters were the more dominating team.

Kerala Blasters FC will next face ATK Mohun Bagan on 31st January at the Fatorda Stadium whereas Jamshedpur FC will next take on Odisha FC at the GMC Stadium, Bambolim on 1st of February.