Home » Football » ISL 2021:22 – I am proud of the boys for the way they fought, says Renedy Singh after 0-1 loss against Jamshedpur FC

ISL 2021:22 – I am proud of the boys for the way they fought, says Renedy Singh after 0-1 loss against Jamshedpur FC 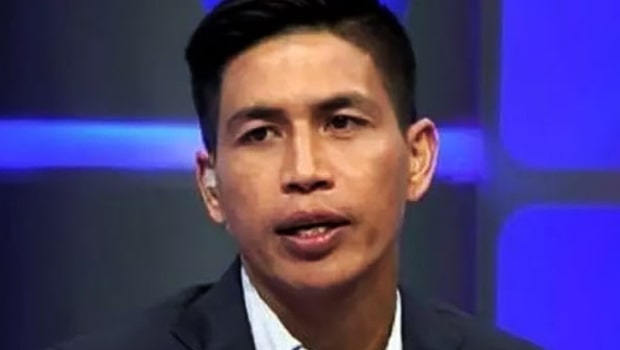 SC East Bengal head coach Renedy Singh was proud of his team for the way they fought despite a 0-1 loss against Jamshedpur FC in the 57th match of the Hero Indian Super League 2021-22 at the Athletic Stadium, Bambolim on Tuesday. A later winner from Ishan Pandita in the 88th minute was enough to undo the good work which SC East Bengal had done in holding off their opponent.

SC East Bengal could only take one shot on target but they were able to come up with a good defensive play. Singh added that it is sad to concede in the final few minutes of the game but urged his players to keep working hard.

Remedy Singh said in the post-match press conference, “It’s really sad to concede a goal in the 88th minute but I’m really proud of the boys for the way they fought, the work ethic and the commitment they showed. They should continue with this and if they keep doing this it will be better for the club and we will be in a better position”

SC East Bengal head coach also feels a draw would have been a fair result as their players fought hard for it. Singh is also proud of the way with which the Indian players defended despite the absence of any foreign players.

Singh added, “Yes it would have been. The last few games have been very tough against Bengaluru FC, against Mumbai City FC who are a good attacking side, and today as well. They have some good attacking players and the way the Indian boys without any foreign players kept their defensive shape and also while attacking, I’m really proud of them”.

In fact, Singh decided to play with all the 11 Indian players. SC East Bengal gaffer added that nothing is impossible if Indian players can play together.

He continued, “We should believe in ourselves. I think everyone has seen the game and how the Indian players fought. It was sad for Adil (Khan) that he had to come off with an injury. We knew we were playing against better foreigners but we fought as a team. That’s what they should continue. We Indians need to believe in ourselves that we can do well. Today, we conceded a goal in the last minute but this is how we fought the whole game”.

Under the tutelage of Renedy Singh, SC East Bengal have played three games out of which they have drawn two and lost one. Singh believes they can get the results if Indian players come up with a collective effort.

Singh concluded, “The first game we scored early but we conceded. In the second game against such an attacking side with the Indian boys and one foreigner, we fought so well. What I have learned from the last three matches is that if Indian players fight as one unit, we can get results”.

SC East Bengal will next lock horns against FC Goa on 19th January at the Athletic Stadium, Bambolim.