Home » Football » ISL 2021:22 – Injury was a big concern for me but I came back strong, says Mumbai City FC’s Mandar Dessai

ISL 2021:22 – Injury was a big concern for me but I came back strong, says Mumbai City FC’s Mandar Dessai 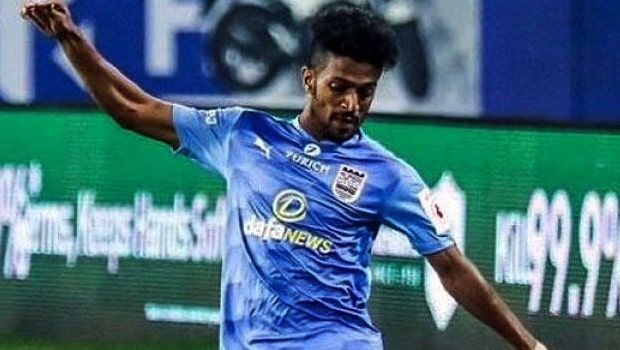 Mumbai City FC defender Mandar Dessai was concerned regarding his injury, which ruled him out of the first couple of matches of the ongoing Hero Indian Super League. However, Dessai has made a solid comeback after recuperating from his injury.

Mumbai will next lock horns against Chennaiyin FC, which is the solitary undefeated team of the season. The Marina Machans have won two out of their four matches while two have ended in stalemates. On the other hand, the reigning champions are at the top of the points table (12 points) with four wins from five matches and one loss.

Mandar Dessai said in the pre-match press conference, “Injury was a big concern for me. I think it’s important to recover well and come back as strong as possible, but we started the season well with the first game. In the second game, we performed well, but the results were not what we wanted. But right now, the form is going well. And I think we have to continue this”.

Dessai added that Chennai is a strong unit and they will need to come up with a better performance against them to get all the three points.

Dessai continued, “Chennaiyin, they are doing good. They got good results and they are unbeaten but we have been also doing well. So, we go into this match keeping in mind all the positive things they have done throughout the tournament but when it comes to us, you have seen us perform. We have the same core. We have the same style of play. So, I think that’s the main thing which takes us forward in this tournament”.

Meanwhile, Dessai has played under the tutelage of Sergio Lobera for FC Goa as well as for Mumbai City FC. The defender added that Des Buckingham’s style of play is more aggressive.

Dessai added, “I think we play the same style but coach Des has added some few things to it. And I think it’s more attacking. And I have seen the results going good for us”.

Mumbai City FC will next face Chennaiyin FC at the PJN Stadium on Wednesday.