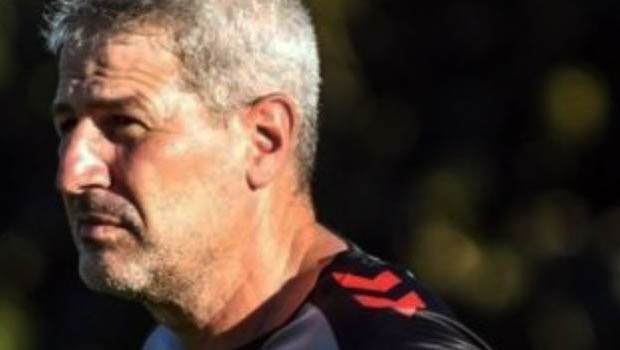 ISL 2022-23: Difficult to win each game when the team is in a bad phase – Hyderabad FC’s Manolo Marquez

Hyderabad FC head coach Manolo Marquez feels it is difficult to win each game when the team is in a bad phase. The Nizams played a 1-1 draw against Chennaiyin in Matchweek 15 at their home ground of G.M.C. Balayogi Athletic Stadium, Hyderabad on Thursday.

The Marina Machans took a 1-0 lead after Petar Sliskovic scored in the 57th minute through a header. However, the home team was able to bounce back at the fag end of the match after their talisman Bartholomew Ogbeche scored through the penalty kick.

In fact, the Spaniard was not happy with the team’s performance after they had won by 3-1 against FC Goa.

“We have one point and this is the best thing that I can say. Some people think that I am crazy but after five wins it’s extremely difficult to win each game but we are not in a good moment. The other day we won in Goa, playing maybe one of the worst games in my three years here, especially the first 60 minutes were a complete disaster,” Marquez stated in the official post-match press conference.

Marquez feels the table toppers Mumbai City have more goalscoring players than them and it is imperative for them that crucial players like Joao Victor and Halicharan Narzary recover soon.

“It’s very difficult to keep the (same) level (every time) but this is not an excuse because all the teams are, more or less, in the same situation, especially when you have important injuries to players. As I said before, I can’t avoid hearing people say that we can compete with Mumbai City FC, we cannot compete with Mumbai, they have 1000 more goalscorers than our team. We want (to be in) the top two but let’s see, there are still six games (left) and now we will recover important players like Joao (Victor) and Halicharan (Narzary),” he added.

Marquez also shed light on his decision to take off Hitesh Sharma to put in Sahil Tavora.

“Hitesh (Sharma) is one of the most technical players in our team. If we don’t play our football, it’s not because of any of the players, but maybe we have to change the style and put one player with another qualities like (Sahil) Tavora. He played a good game but even in the second half, we didn’t play a good game. We equalized in a sporadic situation. I’m very happy with Hitesh, this is his third season with us and he is a great player but in some moments, you cannot always perform on a good level,” he added.

Hyderabad FC will next take on East Bengal FC at the Vivekananda Yuba Bharati Krirangan, Kolkata on 20th January.