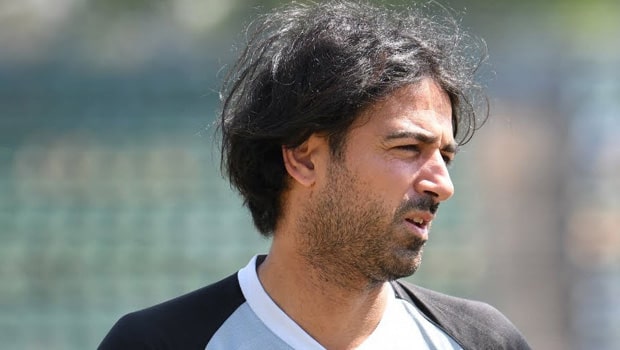 ISL 2022-23: I am so happy for the performance with the way we press – NorthEast United FC’s Vincenzo Annese

NorthEast United FC Vincenzo Annese was delighted with the performance of his team after they played a 2-2 draw against FC Goa at their home turf of Indira Gandhi Athletic Stadium, Guwahati on Sunday. Annese feels the Highlanders have played different kind of football under his tutelage.

Edu Bedia gave a 1-0 lead to the Gaurs in the 31st minute but Jordan equalized for the home team at the stroke of half time from the spot kick. Guarrotxena then once again gave a lead to the visitors from the penalty spot but the home team got their second penalty of the game after six minutes. Wilmar Jordan once again kept his cool and made no mistake to put his team on parity.

Annese feels there have been lot of positives for his team, barring a simple opportunity which they got in the first 10 minutes. The hosts took a total of three shots on target.

“We drew against a quality team. They (have players who) have played together for many years like Bedia and same for Brandon (Fernandes). We know their quality. I’m so happy for the performance when we started to press them in the attacking phase going forward and before, it never happened. So we need to keep up this improvement and the guys can do much better. They have scope to improve and under me, we have played different football. I don’t want to say it’s better, but it is different. I like to press forward. I don’t like to sit back and then counter attack,” he stated in the official post-match press conference.

“We had many positives except we missed a one-on-one easy goal in the first 10 minutes. We need to concentrate more on our attacking phase. I liked the way we switched the ball from right to left, it was amazing. We really loved the performance of everybody, but we can do much better. I believe our team can improve more and more. We can create something special for the future.. and I hope we work in this direction for the future,” Annese added.

The gaffer feels the collective effort of the team helped them share the spoils against the Gaurs and also praised Mbombo, who made an impressive ISL debut.

“We changed our formation in the defensive phase and our pressing, but we didn’t change formation in our build up and during possession because Jithin (MS) was wide. I’m so happy that I have Kule Mbombo. He is one player that has a lot of quality. But he needs to understand his role in possession and other players. He was out for one and a half months and it was a bit heavy (the load). It’s not easy to get in form but the players gave a lot for the team (and show) that (they can) create a good performance for the future. The fitness (was good) during our defensive phase where we have problems all the time during set-pieces, corner kicks and free-kicks. I liked Romain too when he entered the pitch. He was so fresh and so good. Everybody is committed to doing well for this team,” he stated.

NorthEast United will next take on Mumbai City FC on Wednesday at the Mumbai Football Arena.