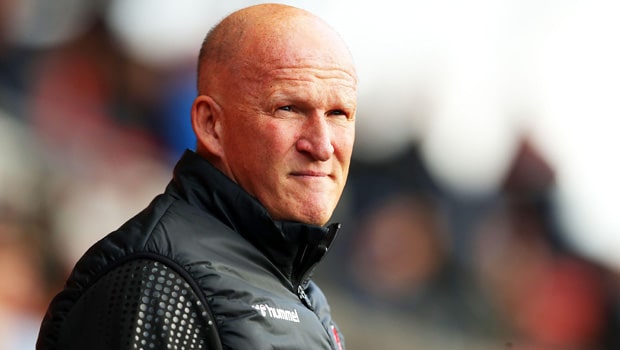 ISL 2022-23: We backed up the talk of getting back-to-back wins – Bengaluru FC’s Simon Grayson

Bengaluru FC head coach Simon Grayson was delighted after his team walked the talk of winning back-to-back matches. The Blues defeated Odisha by 3-1 at the Sree Kanteerava Stadium, Bengaluru on Saturday to bag three crucial points.

Before this win, Bengaluru FC had won their previous match against NorthEast United FC by 2-1. Meanwhile, Rohit Kumar and Roy Krishna scored in the first half for Bengaluru FC while Diego Mauricio reduced the margin as he scored from the spot kick in the second half.

However, Pablo Perez put the game to bed for the home team as he scored in the 90th minute of the match.

Grayson feels the depth in their squad helped them win three points against Odisha FC.

“We’ve got more options available at this moment of time, the first time in a long time that we’ve got that type of creativity to come off the bench at crucial times. It was great for Pablo (Perez) to get his first goal, obviously great for Roy (Krishna) to get his first goal in a long time. But it was a game that really should have been over at half-time, 3-0 when Javi (Hernandez) missed his chance, and then we made it really difficult to give them away a penalty,” stated Grayson in the official post-match press conference.

The Englishman feels his team wasn’t at their best in the first 20 minutes of the game but they made a good comeback after that.

“I didn’t think we started the game very well. The first 20 minutes, they dominated us. We were a little bit off the pace, we didn’t stop them from playing out of possession, in possession, we gave it away for too cheaply, and they stopped us from playing as well. So you give them credit,” he said.

“It’s not about the team, really, the individuals that are put out there to start the game or the ones who came off the bench. When players have had opportunities, like Rohit (Kumar) had to wait a long time for his chance, and he’s grasping for the last two games. It’d be nice if we can just go through a game where we don’t make it really difficult for ourselves, and I can enjoy myself on the bench, but (I) suppose that’s never gonna happen,” he added.

Talking about the positive from the game, the gaffer said, “The biggest positive was that we backed up the talk of we have to get back-to-back wins and we’ve won at home again, and that’s a massive positive for us.”

Bengaluru FC will next take on Jamshedpur FC at the JRD Tata Sports Complex, Jamshedpur on Wednesday