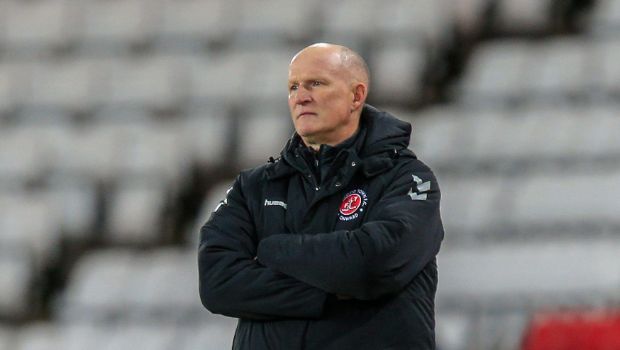 Bengaluru FC head coach Simon Grayson wants his team to carry on the winning impetus in the ongoing Hero Indian Super League 2022-23. The Blues had won their previous match against Odisha FC by 3-1. Prior to that, they had won defeated NorthEast United FC by 2-1.

Bengaluru FC is currently in eighth place in the Hero ISL standings with five wins in 14 matches in the season. Thus, it will be crucial for Simon Grayson’s team to continue their good show in order to qualify for the playoff stages.

Bengaluru FC will take on Jamshedpur on Wednesday and Grayson feels both teams have got better in the recent past.

“Both teams have progressed since the last meeting and got better. Our results have certainly been better in the last few weeks since that game, and Aidy (Boothroyd) is getting his team off to a good win recently as well. Looking at Jamshedpur FC performances over the last few weeks, it’s chopped and changed, played different systems to accommodate players or to accommodate the opposition, but it’s again that we both (are) desperate to win and build off from our previous results that we’ve had and both want to (go) higher up in the division and see how high we can both finish,” Grayson said in the pre-match press conference.

Grayson admitted it takes some time for a coach to understand the team’s strengths and weaknesses and thus Jamshedpur haven’t been at their absolute best.

​​”I think this could be a good experience in terms of coming to the Furnace. Obviously, it’s going to be quite a big crowd as well, and that’s something you have to deal with as an away team. But when you look at their results and performances, they have been better over the last few weeks,” he added.

“It just takes time for a new coach, and for the players to understand what (he is) doing. Aidy (Boothroyd) is seemed to getting to know the Hero ISL as well and the players know him a little bit more now, so we fully respect the opposition, but we certainly are not fearful of anybody that we play, because we’ve got to concentrate on what we can do, to go and win three points, build off the previous two wins and try to make it three out of three possible,” he commented.

On the other hand, Rohit Kumar, who scored his maiden ISL goal in the previous game, gave credit to veterans like Sunil Chhetri and Gurpreet Singh Sandhu for guiding the team on the right track.

“I learn every day from my seniors like Sunil bhai (Chhetri) and Gurpreet bhai (Gurpreet Sandhu). They guide us and make us better and push us to get better every day. It is a good experience to share a dressing room with them and we will learn a lot of things in everyday life. So it will develop us in our future,” Kumar said in the pre-match press conference.