Home » Football » ISL 2022:23: Want to establish myself as one of the best goalkeepers in India: FC Goa’s Dheeraj Singh

ISL 2022:23: Want to establish myself as one of the best goalkeepers in India: FC Goa’s Dheeraj Singh 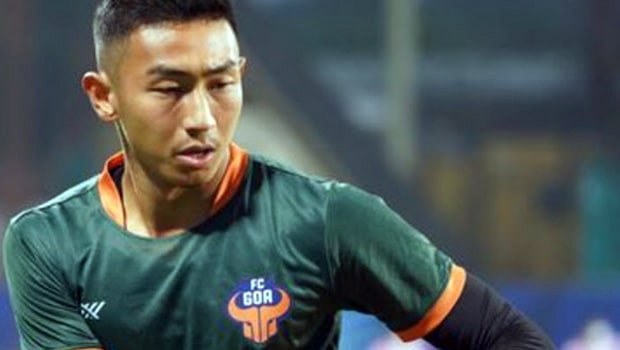 FC Goa’s goalkeeper Dheeraj Singh has said he wants to establish himself as one of the best goalkeepers in India. The 21-year-old had a decent run for the Gaurs in the previous season of the Hero ISL and he has shown the promise to go a long way in his career.

The youngster had done an impressive job between the sticks and he will look to keep getting better. As he has performed consistently in the last few years, he is the first-choice goalkeeper for FC Goa.

Dheeraj Singh has played more than 30 matches for the Gaurs and feels his stint at the club has been wonderful thus far.

He said as quoted by the official website of Hero ISL, “I joined FC Goa one and a half years ago, in January 2021. I’ve played over 30 games for Goa since then, including matches in the AFC Champions League and the title-winning Durand Cup last year. So far, my stint at FC Goa has been wonderful. I’ve benefited greatly from the game time and training that I’ve had here. The ACL has been one of my best memories with the club to-date. I thought I did well. My stint with FC Goa also opened the doors to the Indian national team. While I’m yet to make my debut for the country, I’m sure that I’ll get my chance soon if I continue doing well for my club.”

The youngster revealed that his aim is to win major trophies with the club and also make a place for himself in India’s final XI.

He added, “Becoming a mainstay at FC Goa and winning titles such as the ISL, Durand Cup and Super Cup among others are one of my main objectives right now. Apart from that, I would also like to break into the playing XI for India and become a regular for them as well. In the next five years, I hope to achieve all this and establish myself as one of the best goalkeepers in the country.”

Dheeraj went for a trial at Scottish club Motherwell FC and also had the opportunity to train with AFC Bournemouth before signing for Kerala Blasters FC.

Sharing his experience of the same, he said, “Training with the European clubs was a good experience. The level and intensity were a challenge that I really loved as it was higher than what one might be used to in India. Right now I am completely focussed on doing the best for FC Goa. If the right opportunity knocks on my door, that is something any Indian player would look keenly – but right now it’s not my first priority.”