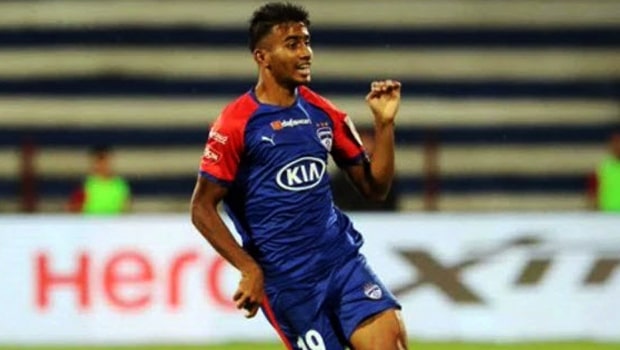 Atletico De Kolkota, on Sunday, qualified for the final match of the 2020 ISL playoffs after overturning a first-leg deficit against defending champions, Bengaluru FC.

Atletico De Kolkota had lost the first leg on the First of March by a single goal from Jamaican Deshorn Brown but also ended the first leg with a man down after Nishu Kumar was red-carded to rule him out of the second leg.

However, Bengaluru, who are the defending champions, took an early lead in the second leg played at the Salt Lake Stadium as Kuruniyan Ashique scored in the fifth minute through a Nili Francisco’s assist.

The game meant the home side must now score three unreplied goals to be able to qualify for the final, and they managed to achieve that with an equalizer in the 30th minute.

Fiji forward, Roy Krishna benefited from a ball from Prabir Das to keep ATK alive in the tie, albeit they failed to add another in the first half as the half ended in a 1-1 draw.

In the second half, ATK were awarded a penalty in the 63rd minute as Australian forward David Williams scored his first goal of the brace from the spot.

Sixteen minutes later, Prabir Das fed Williams, and the Australian player once again found the net as he put ATK in front for the first time in the tie and the game.

The Australian headed in a brilliant cross from the Indian, and the match ended with a 3-1 scoreline with Atletico De Kolkota due to face Chennaiyin FC, who are also former Champions of the India Super League.

Chennaiyin FC had a day earlier on Saturday escaped Goa’s effort to come back after a 4-2 loss in the second leg with the aggregate scoreline at 6-5.

The final match between ATK and Chennaiyin FC will come up on Saturday 14th of March in Goa.