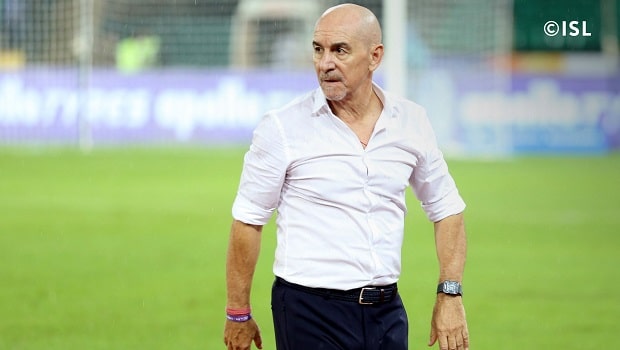 The win is the third in the history of ATK and thus become the side with the most India Super League titles with three league wins.

ATK had initially gotten the better of Bengaluru in the semi-final stages with a 4-1 aggregate win, having lost the first leg in Bangalore by a lone goal only to reverse the result in the second leg with a 3-1 win.

They then faced a Chennaiyin side who had beaten Goa 6-5 on aggregate in their own semi-finals.

ATK coached by Antonio Habas led team went into the final on Saturday and got a 3-1 win to win their first title in 3 years.

The Spanish Coach Antonio Habas made history to become the first manager in the history of the India Super League to win the league twice.

Habas led the team to its first title in 2014, India Super League first season, after beating Kerala Blasters 1-0 through a Mohammed Rafique goal.

Coincidentally, their second league title came in 2016 against Kerela Blasters again albeit via the lottery of Penalties but Habas was not in charge.

On Saturday, Atletico De Kolkota started the final blazing as they opened the scoring in just the first ten minutes when Spaniard Javi Hernandez turned in a Roy Krishna’s assist.

Unfortunately, the Fiji Forward was substituted with 5 minutes before half time to be replaced by another Spaniard Mandi.

Grace Eduardo made it 2-0 three minutes after the restart, but Nerijus Valskis pulled one back for Chennaiyin in the 69th minute.

However, a comeback was not meant to be as Javi Hernandez completed his brace in the 93rd minute and ensure ATK won the ISL title comfortably.