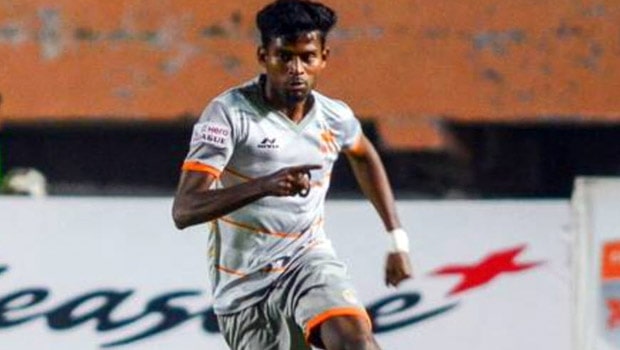 The defender spent two years at the I-League side before moving to the five-time winners of the India Super League.

The 23-year-old won the I-League with Chennai City in the 2018/2019 season, and his move to Bengaluru doesn’t have a disclosed fee.

He revealed that he had a discussion with Rohit Ramesh, the owner of Chennai City FC when the offer was made by Bengaluru FC, and he stated that he would be happy to learn from the foreign players at the club.

“BFC is one of the biggest and best-run clubs in India. When an offer was made (earlier this year), I had a discussion with CCFC owner Rohit Ramesh. He felt that the transfer would be beneficial for me. So, I signed for Bengaluru. Many Indian internationals are a part of the BFC squad. Also, foreign players are well experienced. I will learn a lot from them,” said Ajith.

The Full-back also stated that the Indian National Football team legend Sunil Chhetri was a big influence in his decision to move to BFC, stating that the opportunity of playing with the Blue Tigers captain was too big to pass.

Meanwhile, Germanpreet Singh has signed a contract extension with Chennaiyin FC, which will make him stay at the club for the fourth consecutive season for the 2020-21 season of the India Super League.

The 24-Year-Old who has featured for Minerva Punjab previously has 36 appearances for Chennaiyin FC in all competitions and has been featured for the Indian National team eight times since making his debut for the team in 2016.

The next India Super League season will kick off in November in Goa.