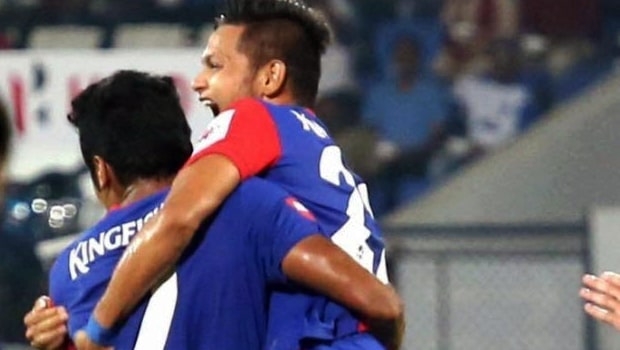 Action went down in the India Super League on Thursday as Bengaluru scrapped off a 1-0 win over Hyderabad at the Sree Kanteerava Stadium in Bangalore.

The matchday 15 tie saw Bengaluru condemn the away side to their fourth loss in five games played.

Hyderabad last won against Kerela Blasters on the 2nd of November 2019 in a 2-1 victory at the G.M.C Balayagi Athletic Stadium in Hyderabad.

Since then, they have failed to win in 12 games played, losing 9 and drawing just three of those ties.

Bengaluru, on the other hand, have won 6 of its last ten recording three losses and one draw.

The home side, favorites for a win in the game, went ahead as early as the seventh minute as Nishu Kumar gave them a lead from a Dilma Delgado’s assist.

Hyderabad had the opportunity to equalize in the 27th minute from the penalty spot, but Austrian forward Marko Stankovic failed to utilise the opportunity.

In the second half, both teams sought to change the complexity of the scoreline, but neither could find the back of the net as Bengaluru hung on for their fourth win in five games.

Coach of the away side, Javier Gurri Lopez, praised the hosts stating that getting a result in Bangalore was going to be tough as they are having a good run of form.

The win put Bengaluru in second place with 28 points just two behind Goa, who recorded a 4-2 win over Odisha FC.

Hyderabad are rock bottom with just six points from 15 games so far this season, but they will face a tougher test when they face table-toppers Goa on the 5th of February.

Meanwhile, Bengaluru will only play on the 9th of February when they travel to Chennaiyin. On Friday, the 31st of December, Mumbai City will host NorthEast United.