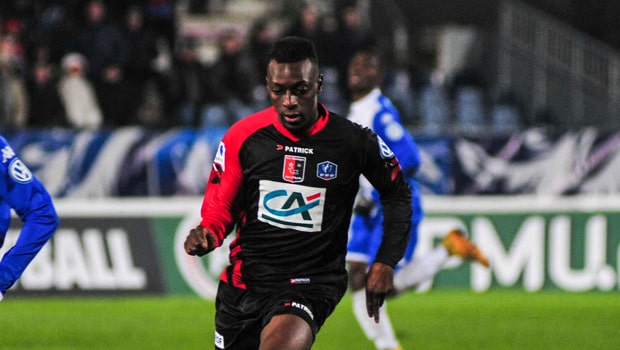 There are a few months remaining for the start of the Indian Super League but the clubs have already started making noises in the transfer to improve on their last season’s decision. According to reports on Khel Now, Indian Super League outfit Northeast United FC have extended Mauritania international Khassa Camara’s contract. The combative midfielder will stay at the club for another year.

Camara played a huge role in controlling things in the middle for the Highlanders last season and guided them to third place in the league table and a solid end to the season with top performances in the playoffs.

The report also suggests that apart from the Highlanders three other ISL teams were also interested in the experienced midfielder who can great partnership with Federico Galllejo. CLubs were impressed by Camara ball control and his exceptional ability to regain possession from the middle of the park. He was also very neat with his passing skills.

The 28-year-old midfielder started his career at French Ligue 2 outfit ES Troyes AC’s second team. He worked really hard and it was only in 2016 that he broke into the first team. Camara also had stints with several other clubs like US Boulogne, GS Ergotelis and AO Xanthi Before he landed in India to ply his trade for the Highlanders

The Mauritania international clocked 1801 minutes in around last season and had a high passing percentage of around 75%!! Camara only scored one goal which was against Chennaiyin and was dominant against most other teams’ midfield in the ISL. The 28-year-old bossed the midfielder averaging 5.24 tackles, 2.38 interceptions, 1.29 clearances and 1.24 blocks per game.

The Highlanders like every season have started their transfer dealings pretty late. They have not shown any urgency to sign quality players ahead of a very testing Indian Super League season. While the other clubs have settled down with their Indian contingent at least NorthEast United have been slow off the charts. They have kept most of their domestic performers from last season and the fans with hope that they replicate last season’s success.