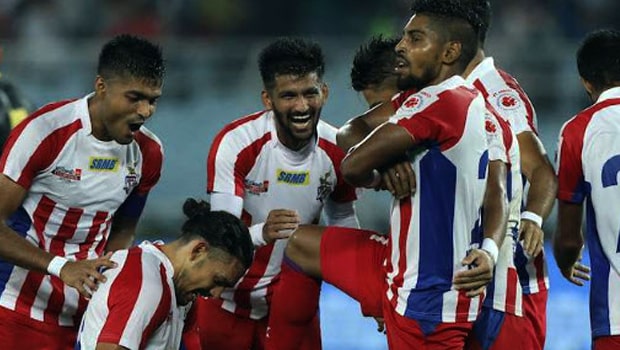 ATK lost their season opener against Kerala Blasters FC by a narrow 1-2 margin away from home. It was a closely fought match but it was the inability of their strikers, David Williams and Roy Krishna, to score that cost them the game. Their Kerala counterpart Bartholomew Ogbeche, on the other hand, had scored both the goals for his team. This put the star duo of Williams and Krishna under more pressure even though this was just the first game of the season.

In fact, Krishna and Williams came into the ISL with a big reputation. Krishna was the highest goal-scorer in the A-League with 19 goals to his name in the 2018/19 season. Williams played alongside Krishna for the same team– the Wellington Phoenix–last season and netted 11 goals as well. So big things were expected from the duo from the very first match.

And even though their best came a match late, they have finally started showing what they are capable of.

Williams and Krishna have been directly involved in five of the six goals ATK have scored in their last two matches. Williams has scored three and assisted once whereas Krishna has netted one of these goals so far.

Yes, Krishna is yet to put his best foot forward in ATK colours but Williams is already flying high as he came up with match winning performances in both of the last two games. He scored twice and assisted once in ATK’s 5-0 win over Hyderabad FC at home and followed it up with a decisive strike in their narrow 1-0 win over Chennaiyin FC at their den as well.

Such performances have put ATK in a commanding position. His pace, trickery and ability to play either as a winger or as a forward makes him an invaluable asset for his side. And his pairing with Krishna up top is like a nightmare for the opposition backline.

Before the start of the season, ATK Coach Antonio Lopez Habas had also spoken highly of Williams and his pairing with the ace Fiji striker, “His pace and technique will be valuable to us. He also brings variety to the squad since he can play on either side of the wings as well. His understanding with teammate Roy Krishna will be crucial for us.”

And the gaffer, who helped ATK to win the inaugural ISL title, hasn’t been wrong at all as the duo has been firing on all cylinders at the moment.