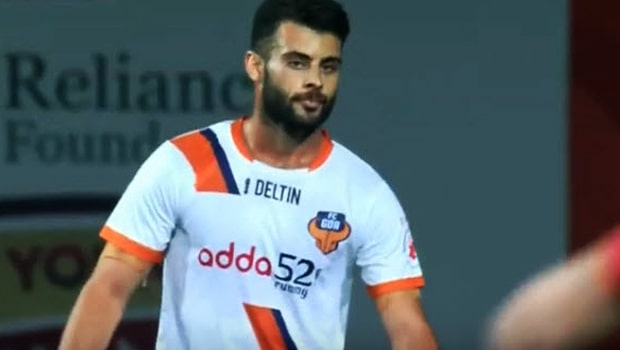 Goa hasn’t dropped a point since their 2-0 loss to Atletico De Kolkota on the 18th of January, winning all five games played since then, scoring at least 3 goals in each of the occasions.

A 3-2 home victory against Kerala Blasters was followed by a 4-2 away win at Odisha, other results a 4-1 thrashing of Hyderabad and another 5-2 thumping of Mumbai City in the last game.

Spanish striker, Coro scored his sixth goal in 4 games with an eleventh-minute strike from a Hugo Boumous assist.

The home side held forth for the rest of the first half without conceding, but the floodgates of goals were reopened in the second half.

French Forward, Hugo Boumous scored the first of his brace in the 70th minute while Jakichand Singh scored 14 minutes later to make it 3-0.

Senegalese defender Mourtada Fall scored with three minutes left as Jamshedpur failed to find an answer to all the questions of the visitors.

Hugo Boumous scored his brace on the dot of 90 minutes as the French man rounded up a splendid attacking game for the visitors in which they managed to keep a clean sheet, they are first in six games.

The result gave Goa a six point gap at the top with 39 points from 18 games while ATK in second with 33 points from 17 matches.

Meanwhile, Jamshedpur are without a win in their last six games losing four games and drawing two others.

The team sits eight on the log with 18 points from 18 games.

In the I-league, Churchill Brothers defeated Real Kashmir by 2-1.