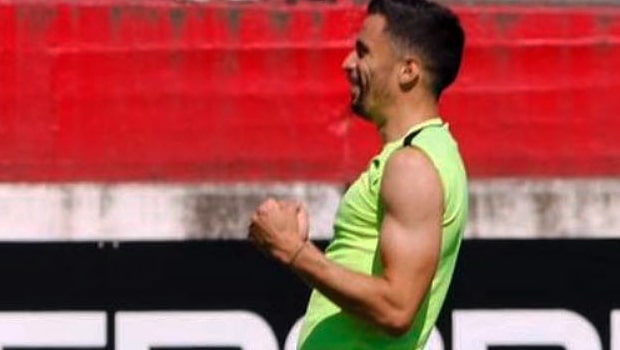 Spanish defensive midfielder Hernan Santana is all set to join NorthEast United from Mumbai City FC ahead of the eighth season of the Hero Indian Super League. Santana had signed with Mumbai City last year on a season-long loan deal before the seventh edition of the tournament.

The 30-year-old had played 19 matches for Mumbai City and played a key role in taking his team to their maiden ISL title. The Spaniard scored two goals for the Islanders and delivered the goods for the club.

Santana, who belongs to Las Palmas in Spain, began his youth career at UD Las Palmas. Subsequently, he moved from the Under-19  team to the B team and then eventually made the cut into the senior team in 2011.

In fact, Santana has experience of playing under the tutelage of current Mumbai City FC coach Sergio Lobera when he played for the club for two seasons between 2012 and 2014.

Santana went on to play 133 matches for Las Palmas over the six seasons with the club, out of which he played three seasons in the LA Liga. After his stint with Las Palmas, Santana made a move to Sporting Gijon in 2018.

He played a total of 31 matches for the club in which he scored two goals and provided as many assists, in the two seasons of the Segunda Division.

Meanwhile, NorthEast United had a good run in the previous season of the ISL as they won eight matches out of the 20 league games and thus qualified for the semi-final stages. However, they lost to ATK Mohun by 3-2 on aggregate. Thus, the Highlanders will look to continue the good show and Hernan Santana will aim to contribute to the success of the team.