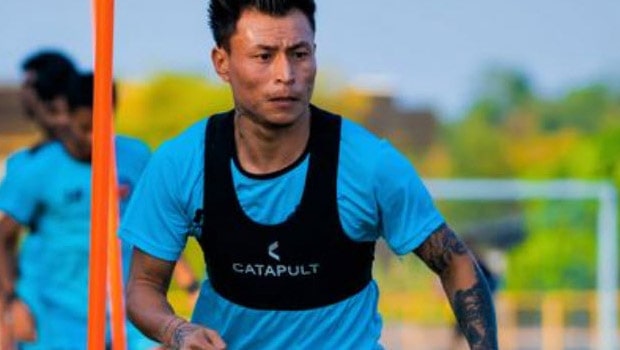 The Winger was given a three-year deal, and the club announced the signing of the Indian international on Tuesday.

Jackichand played for Goa last season, where he scored five goals and three assists having as the Guars went as far as the India Super League playoffs last season.

The 28-year-old expressed the hope of achieving success for the club, considering its philosophy and fan base.

“Playing for Jamshedpur FC is a fantastic opportunity for me. Jamshedpur is one club in India that has everything a player needs, and the entire country knows how passionate and vocal the people of Jharkhand are for football. I am convinced with the philosophy and the path Jamshedpur FC are following and hope to contribute with my heart and soul to help the club achieve much-deserved success, I look forward to achieving this under the robust leadership of Owen Coyle,” Jackichand said.

He has played at a host of other India club sides like East Bengal, Kerala Blasters, and Pune City, amongst others.

While Goa FC finished the 2019-20 India Super League in the semi-finals of the playoffs, Jamshedpur FC finished 8th on the log with just 18 points from 18 games played.

Meanwhile, the start of the 2020-2021 India Super League season is scheduled for November with all matches to be played behind closed doors.

Furthermore, all matches will be played in Goa in three stadiums at the Jawaharlal Nehru Stadium in Fatorda, the GMC Athletic Stadium in Bambolim, and the Tilak Maidan Stadium in Vasco.

Atletico De Kolkota won the last ISL season with a 3-1 win against Chennaiyin FC in the playoffs final.