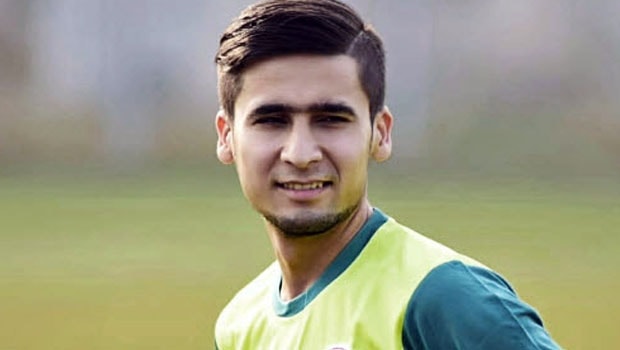 Kerala Blasters have shown interest in getting former Mohun Bagan player Komron Tursunov on board. The Tajikistan international will make the shift from I-League to the Indian Super League. However, no official contract has been thus far offered to Tursunov.

Meanwhile, Komron Tursunov played in India for the first time in 2019 in the Intercontinental Cup. The 24-year old had scored in Tajikistan 4-2 win over India, when the two teams locked horns at the Transstadia Stadium in Ahmedabad. Thus, he was able to impress one and all and Mohun Bagan approached him.

Subsequently, Tursunov went on to sign the contract with Mohun Bagan in the January Transfer window. The forward scored two goals and provided as many assists in his eight appearances for Mohun Bagan in his I-League campaign. Hence, he was instrumental in taking Mohun Bagan to glory in the tournament.

Before impressing one and all in India, the striker had played for Tajik clubs like Regar-TadAz and FC Istiklol. The Tajikistan forward has scored 26 goals in the 88 matches he played in the Tajik league. The striker has also given trials in top European clubs like FC Utrecht (Netherlands) and Rosenborg BK (Norway).

“The talks are at the initial stage. Kibu Vicuna, the new manager, is highly interested to bring him on board. The final decision lies with the technical director though. Let’s see what happens in the end,” a source close to the development saidas quoted by Sportskeeda.

On the other hand, Tiri is set to join Kerala Blasters in the forthcoming season of the ISL. Bartholomew Ogbeche, who ended the previous season as the top goal-scorer (15 goals) and Sergio Cidoncha are set to be retained by the club.

Kerala Blasters had relinquished their former coach Eelco Schattorie from his duties and appointed Kibu Vicuna as their new chief coach. Vicuna has been in touch with Tursunov and he is trying his best to get him on Kerala Blasters.

Kerala Blasters had finished at the seventh place in the last season of the ISL as they won only four of their 18 league matches. Ergo, the club will look to turn the tide in the next season of the league.