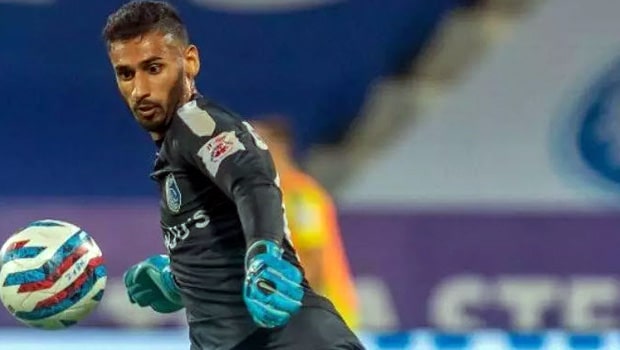 Kerala Blasters FC has decided to extend their goalkeeper Prabhsukhan Gill’s contract, the club announced on Wednesday. The extension will see the goalkeeper stay at the club till 2024. Gill was sensational for the Tuskers as he made 17 appearances and 49 saves for KBFC in the previous season.

Thus, he played an instrumental role in taking Kerala Blasters to the final of the eighth season of the Hero ISL. Furthermore, he was also awarded the Golden Glove award for his prolific performance in the previous season.

Moreover, he was bestowed with ISL’s ‘Emerging Player of the Month’ award in February this year.

Gill made his Blasters debut in the Durand Cup whereas he played his first match for the club against Odisha FC in the Hero ISL.

The 21-year-old youngster is honored to sign his contract extension with the club.

“I would like to congratulate Gill on his performance last season and a well-deserved extension. He was patient for a long time and after he got a chance, he showed how good a competitor and how much of a quality player he is. I’m happy that we will continue together.” said Karolis Skinkys, Sporting Director, KBFC.