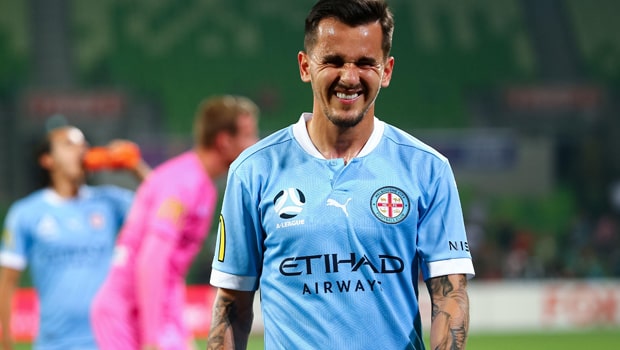 Kerala Blasters FC are delighted to announce that they have signed the services of Adrian Luna on Thursday ahead of the Hero Indian Super League 2021-22 season. The club has signed Adrian on a two-year contract from Melbourne City.

Melbourne City went on to win the A-league and thus Luna played an instrumental role in taking his team to glory in the 2020-21 season.

Meanwhile, he started his football journey with Defensor in 2010. Subsequently, he was later signed by La Liga club RCD Espanyol in 2011. After  RCD Espanyol he played for Gimnàstic de Tarragona and CE Sabadell FC.

Kerala Blasters FC’s Sporting Director Karolis Skinkys said: “Adrian Luna is a player with great calibre, and I am sure that this will make our team stronger. Apart from being a good playmaker and smart operator in tight spaces, I liked that Adrian is a hardworking player who always cares about team performance. So, I would like to welcome Adrian to join the Kerala Blasters family.”

Adrian Luna commented: “Very happy to join Kerala Blasters, the great family with the best fans in the country without a doubt. I am looking forward to training and meeting my teammates and all the technical staff.”

Adrian Luna has now become the first overseas player who has been signed by Kerala Blasters for the upcoming season whereas he has become the fifth overall. The ISL is expected to begin from November 19 in Goa.