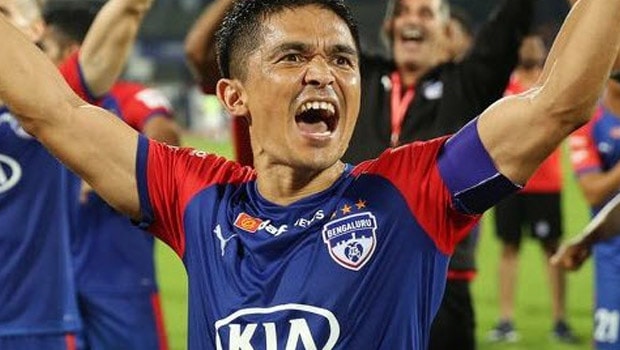 Nobody can deny that the Indian national team has a huge dearth of quality forwards. There hasn’t been anyone as good as Sunil Chhetri in the last 15 years or so. The Indian Super League, which had its inaugural season in 2014, was supposed to solve that problem.

Fans eagerly looked up to the ISL to produce quality Indian forwards. However, it has been six seasons since then and India are still waiting for their next Sunil Chhetri. There is no doubt that the advent of the league has helped and improved the overall quality of Indian football immensely.

But the lack of faith of the respective ISL team managers in the Indian forward contingent has meant that overseas players have occupied that part of the field mostly. The thinking is quite logical in professional club football. Every team wants a proven goal scorer. But lack of gametime for the Indian forwards is not good for Indian football as well.

Table: Game-time for Indian Players at different positions during ISL 2019/20

If we look at the average game-time of Indian players at every position in the ISL 2019/20 season, we will see that the full-backs have enjoyed most game-time followed by the Goal-Keepers and the attacking midfielders. The average game-time for the Indian centre-forwards is the least among all categories and it differs by a wide margin as well.

These statistics are quite worrying for Indian head coach Igor Stimach.

“We will never find a replacement for him (Chhetri) while the situation is like this,” Stimac said recently.

“I cannot take someone who has never played as a striker (at the top level) and put him in the national team as a striker. From where am I going to find a striker?” he added.

Indian star striker Sunil Chhetri recently came up with an unique idea to solve this problem.

“I can add one humble advice here. Till the time the five-foreigner policy remains, the one suggestion from my side is to play the reserve league,” Chhetri told in an interview with newsclick.in.

“Let us suppose FC Goa plays Bengaluru FC at our home. When FC Goa travel here and if Manvir (Singh), Jacki (Jackichand Singh) or Len (Lenny Rodrigues) do not play for some reason, then right after the ISL game, the next day, there could be a reserve match between the two teams again. So players, who have not played for the two teams in the ISL tie and are fighting for places or coming back from injury, can play there,” he added.

This is definitely a possibility if the AIFF, the ISL organizers and the respective franchises are on the same page.