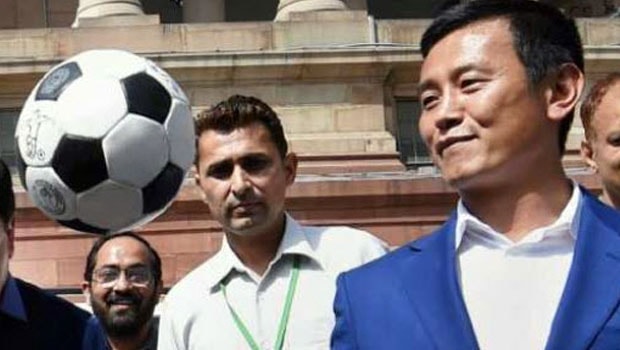 Former Indian captain Bhaichung Bhutia believes the Indian Super League needs a club like East Bengal and vice-versa. ISL is the top football league in India and the former striker feels East Bengal must take part in it, for its future development. Bhutia had played for East Bengal as well as Mohun Bagan in his illustrious career and he feels both of these legendary Kolkata clubs have failed to rise up with time.

In fact, Bhutia added that the management plays an imperative role in the development of the sport but the Indian football was not able to take forward steps.

“Sadly, I feel the two clubs need to do a lot more. The officials, especially, must try to become more professional as football has changed over the years. If you don’t change, you will stay where you are and it’s exactly (the case) with Indian football,” he told Sportstar.

On the other hand, Mohun Bagan, which is struggling financially, has amalgamated with ISL 2019-20 champions, ATK. Bhutia added that Bagan will need to make the most of the merger. The former striker feels both the clubs will need to make use of each other’s strengths.

Meanwhile, ATK won their third ISL title in the recently concluded season. Despite performing well in the league, the club hasn’t been able to attract the crowds as it doesn’t have the fan following like the two legendary clubs – Mohun Bagan and East Bengal.

Bhutia believes East Bengal must also join ISL as it is the top league in Indian football. The former Indian captain added that it would be a win-win situation for both league and East Bengal, if they go on to play in the tournament in the coming years.

East Bengal and Mohun Bagan have a rich legacy behind them and there is no doubt that the former will need to consider playing in the ISL.