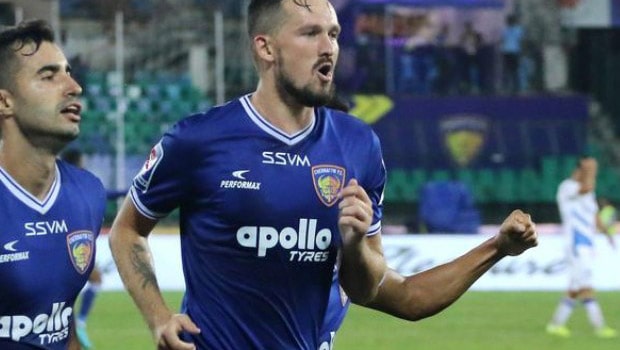 Nerijus Valskis will sign a two-year deal with the side after he won the ISL 2019-20 season Golden Boot with Chennaiyin FC.

Owen Coyle’s side got to the final of the India Super League playoffs competition, and it was evident that the 33-year-old was crucial in the feat.

Meanwhile, his move to the club will reunite him with his manager at Chennaiyin, who has also moved to Jamshedpur on a 2-year-deal.

Jamshedpur will be hoping for a better season in the 2020/2021 Indian Super League season after they failed to make the playoff spot last season, the third season in a row which they will not be partaking in the playoffs competition.

Meanwhile, All India Football Federation (AIFF) President Praful Patel has demanded that all members state associations play a part in giving a better face and development to Indian football.

He stated that with the support from a football-loving Sports Union Minister like Kiren Rijiju, there is a lot that Indian football can achieve.

“Mr. Rijiju loves football and that is a refreshing change. But the state associations must pull up their socks as well. Many associations who were not doing well have started showing signs of improvement. AIFF can’t do everything alone, We have a limited resource and in a country as vast as India, it is not easy to work alone. The states must make sure that the good work must extend down to the last district and last village. We look to build a base of 500-600 players to have a steady supply of talent. This is a very important step to reach our target,” he said.