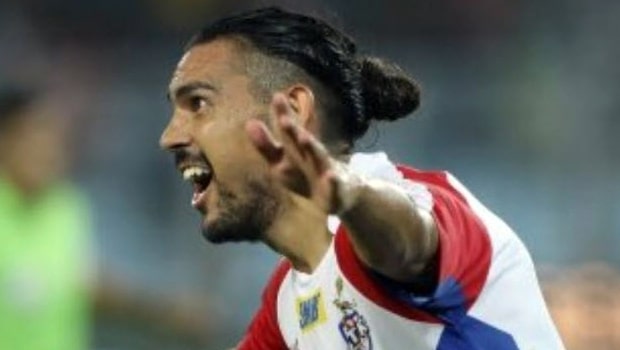 ATK Mohun Bagan have extended the contract of the Australian forward, David Williams, reported by Khel Now. The former Wellington Phoenix striker came to Indian in 2019 and will spend another season at the subcontinent.

The 33-year-old versatile striker won the Indian Super League with ATK in 2019. Williams continued his bond with star marksman Roy Krishna who was also with him at Wellington Phoenix. Williams was crucial for ATKMB’s second placed finish last season and therefore head coach Antonio Lopez Habas has decided to keep hold of his veteran Australian especially keeping AFC Cup in mind.

Williams was in talks with several other Indian Super League clubs but the Mariners’ management acted swiftly to secure the signature of the versatile forward. He fills the AFC quota of ATKMB who are going to feature in the upcoming continental tournament. The Mariners are in the Group D of the tournament along with Maldives club Maziya S&RC and Bangladesh Federation Cup winners Bashundhara Kings. Also, the winner between Bengaluru FC and Eagles FC will join the group in the remaining spot.

Williams who came up from the Queensland Academy of Sport joined Danish top tier side Brondby FC signing his first professional contract in 20019. He then joined Northern Fury FC on loan going back to his native Australia. He then started rising in ranks in the A-league and has plied his trade for several A-League teams like Sydney FC, Melbourne City and Wellington Phoenix. He also has experience of playing in Hungary when he represented Szombathelyi Haladás in 2016 and played there for three seasons.

David Williams did not have a great last season as he was suffering from persistent injury problems.  But he came back strongly at the business end of the season He finished the season netting six goals and even scored one in the finals against Mumbai City FC.

The Mariners have brought in reinforcements this summer as they signed Finland international midfielder Joni Kauko and former Mumbai City star Hugo Boumous. While Carl McHugh and Tiri will continue to stay at the club from last season. Apart from Williams, only Roy Krishna is left to finalize his deal with the club.

ATKMB’s first target will be to do well at the AFC Cup and then follow the same form in the upcoming Indian Super League.