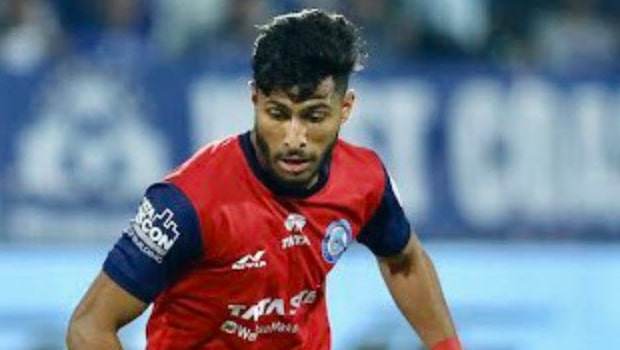 Indian Super League side, Hyderabad FC keep up with their busy transfer dealings this summer as they have roped in former Jamshedpur FC and India U-17 winger Aniket Jadhav. The young winge joins the list of prodigious talents present at the club.

Jadhav has signed a three year contract with Hyderabad FC as the 21-year-old hopes to develop more under the tutelage of Spanish coach Manolo Marquez. His primary attribute is his direct running and also his versatility in attack. The former Jamshedpur FC winger can play in multiple positions in the forwardline. He had also led the lines for India during the U-17 World Cup back in 2017.

“I can’t wait to play for Hyderabad FC and I am looking forward to working with the exciting squad and coaching staff at the club,” Aniket said, after putting pen to paper on a deal that will keep him at the club till the summer of 2024.

The 21-year-old revealed that he joined Hyderabad FC because of their brilliant track record of developing youngsters. He feels that there will be healthy competition among the players in the team for the upcoming season. “Given that many of the good young players in the ISL are playing for HFC, there will be a healthy competition amongst us to push each other in becoming the best,” he added.

Jadhav started his career at Pune FC before he was scouted and drafted for the U-17 Indian team ahead of the World Cup. He was impressive at the U-16 Asian Championship and was also part of the Indian U-17 team featuring at the U-17 World Cup. He then plied his trade for the Indian Arrows for a couple of seasons before making his Indian Super League debut in 2019 for Jamshedpur FC.

The young winger also had a short training stint with Blackburn Rovers. However, he was never that effective for the Men of Steel. He showed a lot of promise but the end product was always missing. He scored twice in 27 appearances for the club over two seasons.

Head coach Manolo Marquez who has shown great ability to improve youngsters and get the better out of them, believes that Jadhav will add more depth to this Hyderabad FC side. The Spaniard feels that the young winger will provide stiff competition to some of the players.

“Young players, especially attackers, need to play regularly. But it is not easy for them to maintain a high level throughout the season. This is where competition is important in a squad and Aniket will fit right in,” said the Spaniard.

“He is fast and can play in any attacking position. Wingers are important for our style and I’m sure that Aniket will be a good addition to our squad,” he added.