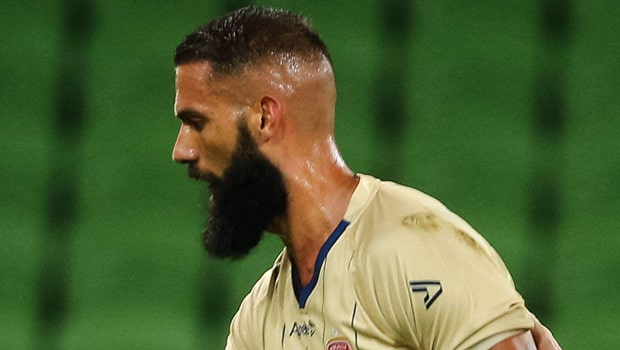 Odisha FC have been exceptional with their signings in this summer transfer window. They have got all their bases covered and the only player that was left was their Asian foreigner. The Juggernauts have announced that they have reached an agreement with Malaysian outfit Johor Darul Ta’zim over a one year loan deal for midfielder Liridon Krasniqi. The Malaysian midfielder will join Odisha FC for the upcoming season.

Krasniqi started his career in Germany and has featured in several lower-division European teams before plying his trade in his home country, Malaysia. The 29-year-old learnt the ropes at the Nuremberg U-17 team before moving to the Slavia Prague youth side. He has also plied his trade for first-tier Czech Republic outfit Mlada Boleslav. He then moved out to Turkey and featured for some of the lower divisions clubs before coming to Malaysia in 2015. He joined Kedah Darul Aman FC. He played a pivotal role in winning the 2016 Malaysia Cup and 2017 Malaysia FA Cup titles for Kedah. He then swapped sides to join Melaka United in 2019. He then moved to the current Malaysian champions Johor Darul Ta’zim. He also spent a short loan stint in Australia representing the Newcastle Jets last season.

Krasniqi is known for his exceptional dribbling ability and his knack for finding players in tight spaces. He can score goals but more likely he can notch up a lot of assists and his physicality will also be of great use for the juggernauts who are looking to improve after a very disappointing season.

After signing for the club, the Malaysian midfielder was delighted. he was very keen to prove himself at the Indian shores. Therefore he said, “I am really delighted to join Odisha FC and I am looking forward to start an amazing journey in India. I hope it will be a great season ahead under Head Coach Kiko Ramirez. I can’t wait to get started and meet my teammates at OFC. We will try and bring joy for all the Odisha fans in the upcoming ISL tournament.”

Odisha FC head coach Kiko Ramirez also explained the move, “Liridon is going to give us character, attitude and intensity. He is a player with a high physical capacity and has good technique. He is a box to box midfielder who can help us both in attack and in defense and will give us the energy that the team needs to fight for the entire duration of 90 minutes.”

Krasniqi will bring in a lot of experience as he has also mustered four appearances for the Malaysian national team. He has that leadership character in him and can be a real game-changer for the Juggernauts in the middle of the park in the upcoming season.