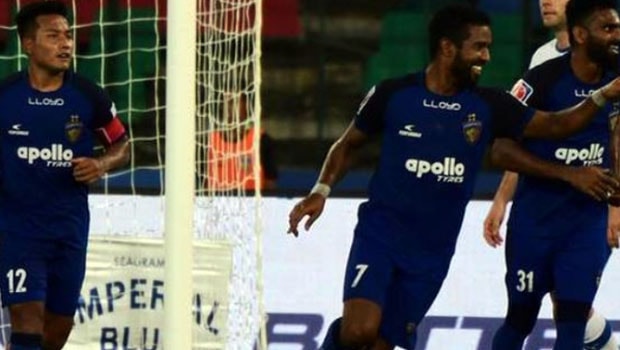 Chennaiyin FC will on Saturday hope to get the better of Goa FC when both teams face off in the first game of the 2019/2020 Indian Super League playoffs.

Games between both sides during the regular seasons were full of goals and eventful as it used to be, but it was Goa who emerged victorious on both occasions.

In the first clash between both sides in the season Goa beat Chennaiyin 3-0 on the 23rd of October 2019 at the Jawaharlal Nehru stadium Margao before Goa went away to Chennaiyin to get a 4-3 victory on the 26th of December 2019.

However, the last time Chennaiyin beat Goa was in the 2nd leg of the Semi-final of India Super League playoffs of 2018 where a Jeje Lalpekhlua brace led the team to a 3-0 win and a 4-1 aggregate scoreline.

Since then, all five games played between both sides have been won all by Goa FC with a 13-5 aggregate score in favor of Goa.

In the regular season, Chennaiyin finished fourth on the log with 29 points from 18 games with 32 goals scored and 26 goals conceded and approximately 10 points behind Goa who finished first on the log.

Goa ended the regular Indian Super League with 39 points from 18 games with 43 goals scored, the highest by any team in the ISL regular season, and Goa also conceded 23 goals in total.

Goa goes into the game with a better form of the two teams while Chennaiyin has a similar form guide.

In their last 5 games, Goa won every single of its last 5 games scoring at least 3 goals in each with their last loss coming on the 18th of January against Atletico De Kolkota.

Chennaiyin on the other hand, in their last 5 games have won three and drew two including a 2-2 with NorthEast United in their last game of the season.